Sanitary products washing up on beach

Raw sewage from Lisfannon being piped into the Swilly 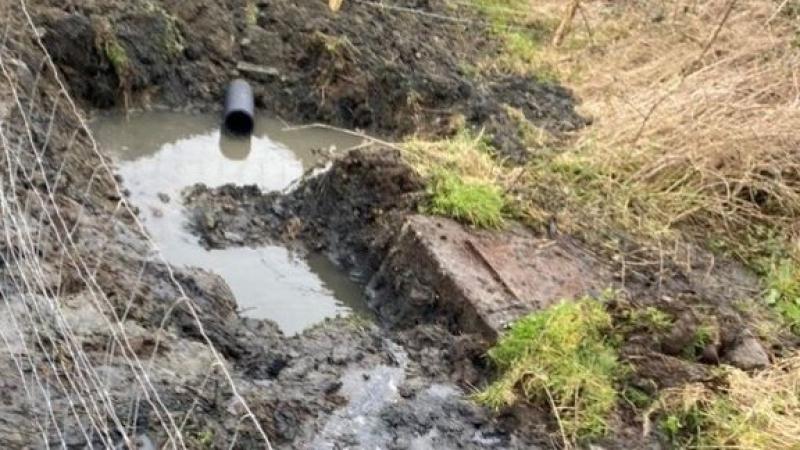 Raw sewage from Lisfannon being piped into the Swilly

There is mounting concern about the poor water quality in the Lisfannon area of Inishowen.

Lawyer and former Senator, Catherine Noone, who lives in the area, said sewage from the houses in Lisfannon was effectively going straight into Lough Swilly, a Special Area of Conservation, completely untreated.

Speaking to Inish Times / Inish Live, Ms Noone said: “Basically, sewage is coming down to a pool. It is sitting there and it is going through some sort of a pipe, under the golf course and into Lisfannon beach, straight into the water.

“It is not going to a waste water treatment plant. It is not being treated in any way at all, not even in the most basic way, even to remove flushed sanitary products, which have recently been found on the beach.”

It is not clear whether planning permission for the houses included the stipulation there should have been a waste water treatment plant as part of the development.

Ms Noone said she had sympathy for Donegal County Council as ultimate responsibility for the situation lay with Irish Water and the Environmental Protection Agency (EPA).

“Even though I would be critical. Donegal County Council, [the solution] is in the hands of Irish Water because the Buncrana Waste Water Treatment Plant has to be upgraded before Fahan can be attended to and Lisfannon will logically be done when that is done.

“However, Donegal County Council needs to be putting pressure on Irish Water.

“I do not think we should have the water treated this way in a Special Area of Conservation. At the very least, I think the pooled sewage should be removed from that location and brought to a treatment plant but that is a lot of extra work for Donegal County Council.

“I believe the pool was specially created. I am open to correction on that but I would imagine the developer with the Council came up with a temporary solution. You could not even call it a holding tank. It is basically just a hole in the ground.

“There are animals grazing in adjacent fields. A horse had been unwell recently. It is an e coli hotspot and people are wondering why beaches are losing their Blue Flag status. It is because raw sewage is going into the water. That is the root of the problem lies, not with the likes of me highlighting the issue.”

Ms Noone believed unless complaints were made to the appropriate bodies, nothing would be done about the raw sewage.

“I was upset to see two beaches in the country got a bad rating in the EPA's Bathing Water in Ireland 2022 report. However, in a way, it is reinforces the case for getting the water treated sooner rather than later in this area.

“There are many areas that would say there area is a priority but this part of Donegal is a Special Area of Conservation.

“As I would see it, this is a grave dereliction of EU regulations and duty and arguably Irish Law under the Special Area of Conservation measures. We should certainly be pushed up the priority list, based on the fact we have lost our Blue Flag status, when most beaches are keeping it and more are gaining it.”

Ms Noone believed the upgrading of Buncrana's waste water treatment plant could be 10 years away.

“That to me is completely unacceptable. I got a shock when I heard that. How could that be seriously the case we are talking about 10 years before that could be even started?

“People here seem reticent to complain. When I contacted the EPA, they said they had not had many complaints. I am not a complainer by nature but unless we complain about this to the proper authorities, Irish Water and the EPA, the situation will never improve.

“This is a huge Buncrana and tourism issue. I will get criticism for highlighting the issue but it is not being dealt with at all. I understand this is Irish Water's responsibility but Donegal County Council needs to prioritise this and the councillors in the area need to fully understand the issue. I would be very happy to explain fully to them the extent of what I know, as a non expert, about the the problem.

“They would be doing the residents of this area the greatest service if they would engage on this and collectively try and get issue dealt with.”

Anyone with concerns about raw sewage going into Lough Swilly can contact Irish Water: https://www.water.ie/contact/general-enquiry/domestic-complaint/