'A good friend and an incredible woman of faith' 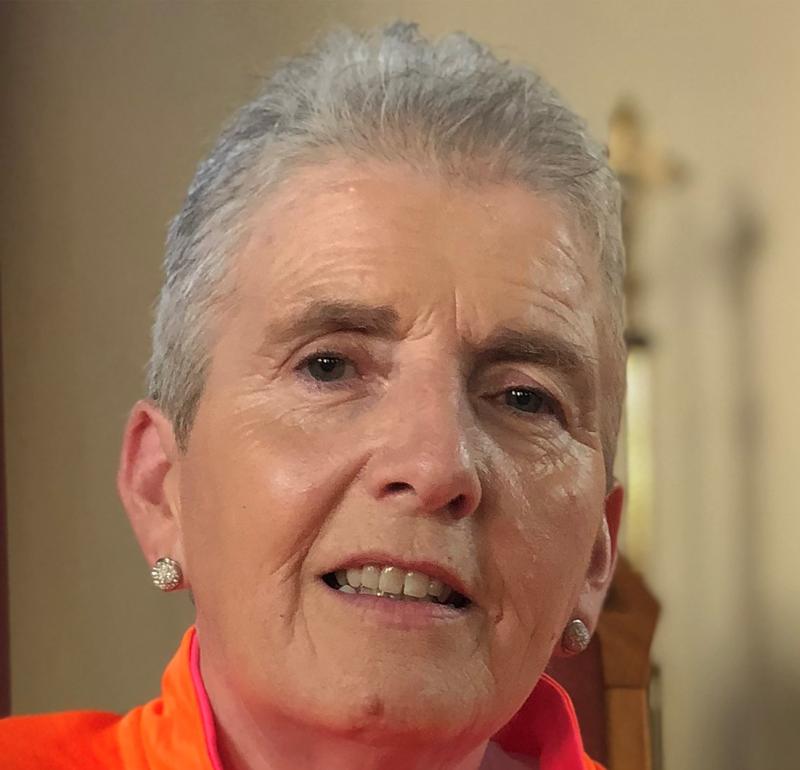 Betty Feeney: 'A good friend and an incredible woman of faith'

Buncrana's Betty Feeney has been described as “a humble servant who worked tirelessly for others, a good friend and an incredible women of great faith”.

Best known for her central role in the development of the Resource Centre, Derry, where she was chief executive and managing director, Betty passed away on November 1, 2021.

Speaking to Inish Live, Paddy McCarron, the organisation's current chief executive said Betty was “our esteemed colleague”.
Betty was born on November 6, 1950. She was one of four girls and three boys. Her parents were John and Margaret Sheridan.

John was a master carpenter and Margaret a stay-at-home mother. Times would have been difficult then, but Margaret was a great cook and baker, so the family never went hungry, and John crafted their furniture and beautiful Christmas presents.

Betty met the love of her life, Jackie Feeney, in Buncrana and they were married in December 1969. They eventually came to live in Carnhill estate and went on to have two children, John and Karen, of which they were very proud.

Betty would have gone to daily Mass, and it was here she met Sr Anna Doherty, who asked her to become involved in her community.

Carnhill, at that time, was no more than a sprawling housing estate. Sr Anna and Betty saw the need to empower people and to provide the services that were so badly needed.

Resource Centre Derry was born, housed in a wee room over the shops at the Collon. It eventually moved to the Carnhill site where it remains till this day.

Betty went on to become chief executive and she treated everybody she came into contact with, with dignity and respect. Many a day there was a queue to her office where she gave advice, guidance and money from her own pocket without anybody knowing a thing about it. Under her guidance the Centre has gone from strength to strength.

In latter years, illness took its toll on Betty's body, but her mind was still as sharp as a tack.

She continued to be in the Centre daily as our managing director until the onset of Covid-19 and, even then, continued daily to appraise herself of all the going's on by telephone.

One of her great hobbies was her love of football. She played the sport in her younger days and was an avid supporter of her beloved Liverpool FC. Indeed, Monday mornings were either spent defending a poor result or celebrating a good one.

Betty was a woman of great faith and when the Resource Centre was in need of money, her favourite saying was 'Trust in God and the power of a pen' and it never let her down.

Paddy said: “It was not lost on us who loved and respected her that Betty died on the Feast of All Saints.

“We know she will be in heaven at God's side making sure he looks out for the Centre in her absence.

“Over the last few days, many titles have been attributed to Betty, but I think she would want to be remembered as a loving daughter, sister, wife of Jackie, mother of John and Karen, mother-in-law of Mark and Orlaith and devoted granny of Jack, Ethan, Erin and Jarlaith.

Betty was a humble servant who worked tirelessly for others, a good friend and an incredible women of great faith,” said Paddy.

Expressing “profound sadness” at the passing of their colleague, Betty Feeney, the members of the Shantallow Community Support Partnership Board, said she had provided “insightful leadership which ensured the Partnership went from strength to strength and stayed at the forefront of the delivery of high-quality services”.

Betty Feeney was the chairperson of the Shantallow Community Support Partnership Board for many years.

The Board said: “In her substantive role as CEO of the Resource Centre, Derry, Betty was a visionary and a tireless advocate for people experiencing disadvantage.

“She made a major contribution to the development of a wide range of essential services to children, adults and older people in the greater Shantallow area.

“She was totally committed to collaborative working with statutory services and was instrumental in developing some of the first formal partnerships between the community/voluntary sector and education and health and social care services. This approach helped further enhance service provision in this area.

“Betty’s contribution to developing and delivering services to some of the most disadvantaged communities has been widely recognised and she will be greatly missed by the local community as well as by many colleagues in many different agencies.”