'Lose/lose for Killybegs is win/win for Foyle Port'

Norwegian vessel turned away from Killybegs heads to Foyle Port 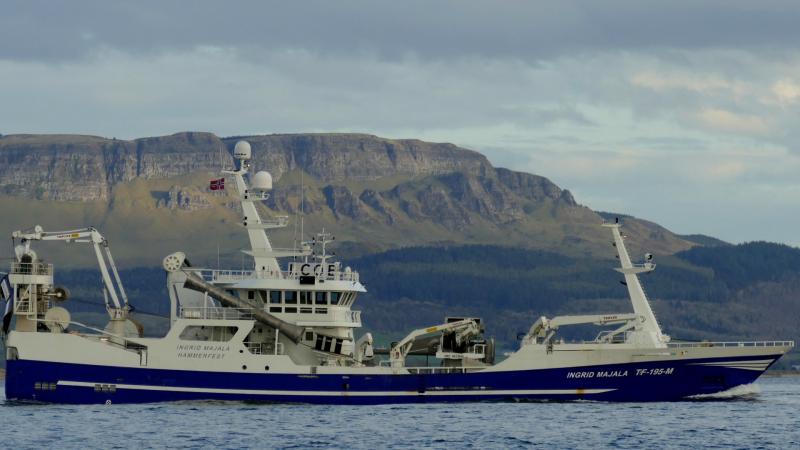 A Norwegian-registered fishing vessel is currently heading up Lough Foyle to Foyle Port outside Derry, having earlier been turned away from Killybegs Harbour in County Donegal.

Inish Live understands the vessel, 'Ingrid Majala', is carrying a full cargo of blue whiting and is the second vessel turned away from Killybegs this week, to land its catch at Foyle Port.

Mr O'Brien was referring to the ongoing controversy in Killybegs Harbour, where, according to Brendan Byrne, chief executive officer of the Irish Fish Processors and Exporters Association, the Sea Fisheries Protection Agency (SFPA) has changed the rules on weighing blue whiting, without warning.

Several vessels were turned away from Killybegs Harbour this week because they refused to weigh the blue whiting out of water, as this would lead to its degradation and mean it was no longer fit for human consumption.

It has been estimated that over €1 million was lost over the past week. There are fears, if the situation continues, it could seriously damage Killybeg's reputation as Ireland's premier fishing port.