'No-one would listen to me' 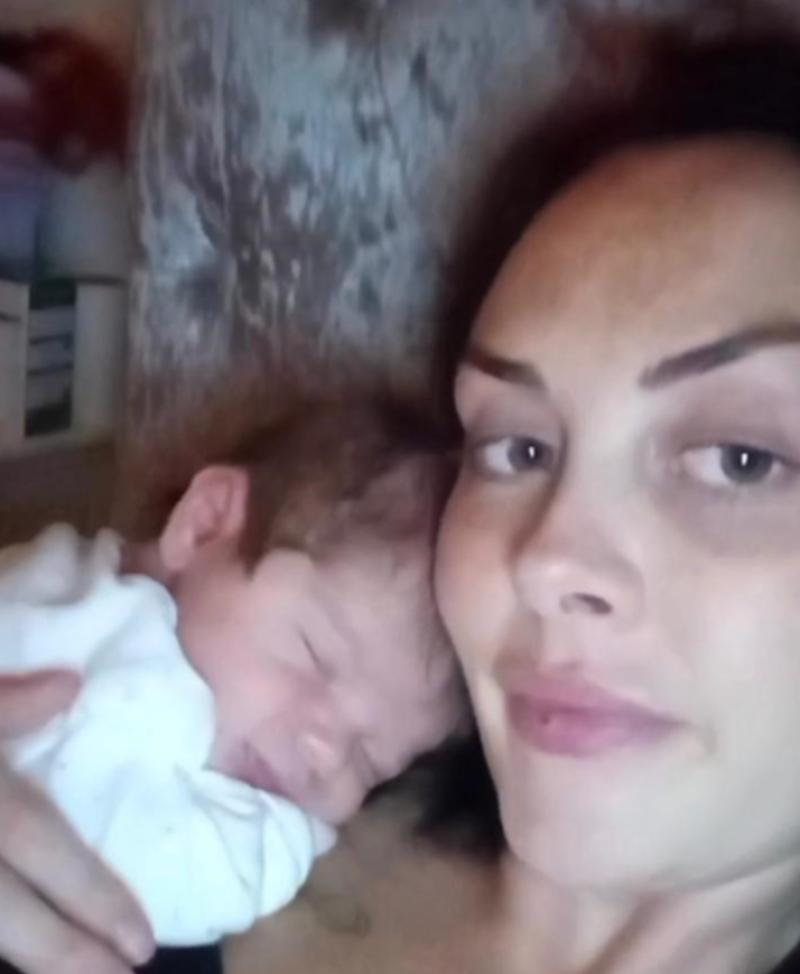 Pamela O'Hagan from Buncrana is currently an inpatient in the hospital's coronary care unit and is waiting to go to Dublin for cardiac surgery.

Pamela, who suffered undiagnosed Supraventricular Tachycardia (SVT) between the ages of five and eighteen, said she had an SVT attack within minutes of receiving the injection of oxytocin after the birth of her son last August. Prior to that, she had not had an episode for 15 years.

This week, Pamela took another ventricular tachycardia. During this episode, she went unconscious and stopped breathing. She has now been diagnosed with the condition.

Pamela was also referred for physiotherapy because the return of her SVTs meant she had to spend a lot of time in bed, which led to muscle wastage.

Clearly emotional, she shared how she did not even have the strength to get out of her bed on Christmas morning to see her five-year-old daughter opening her Christmas presents. “I cried my eyes out and I thought, 'This is cruel'. It broke my heart,” she said.

The deterioration in her health since the birth of her son has also caused Pamela to have thoughts of suicide.

Speaking to Inish Live, Pamela said: “Between the ages of five and eighteen, I had Supraventricular Tachycardia (SVT), a condition where my heart would suddenly beat much faster than normal. The condition went undiagnosed for 13 years, during which time I was repeatedly told I had anxiety.

“At that time, I might have had six attacks in a year. However, between August and December 2021, I have had six SVT attacks.

“A normal heart rate is between 60 and 80 beats per minute. During an SVT attack, my heart would go from normal to between 240 and 280 beats per minute in a split second and it would beat like that for between an hour and a half and two hours.

The terrifying events leading to Pamela's SVT diagnosis are etched indelibly on her memory.

She recalled: “I finally got a diagnosis when I was 18. I had got a job in the bar of the Inishowen Gateway and unfortunately, I took an SVT attack a couple of hours into my shift. I walked out to the receptionist and asked her to call a doctor.

“When the doctor came, he took my pulse. As soon as he put his fingers on my neck, he roared out to the receptionist to call an ambulance straight away. I was taken to the ambulance in a wheelchair and was transferred to a trolley and told not to move under any circumstances. Whenever they put on the ECG monitor in the ambulance, my heart rate was 280 beats per minute. The doctor then put me on a drip to try and slow the heart.

“I remember lying there, the two doors of the ambulance lying wide open. The doctor and one of the paramedics were in the ambulance with me and my mum was standing outside. The receptionist had phoned her immediately. Mum's car was just abandoned in the middle of the road in sheer panic.

“The doctor threw his keys to my mum and said, 'I can't leave her. You need to follow the ambulance to Letterkenny in my car. If this medication doesn't work, I will have to shock her heart, stop it and restart it'. I was lying there and it was one of those moments when I thought, 'Oh my God I am going to die'. But at the same time I was thinking, 'Finally, someone believes me. I am not mental. I am not crazy,'” said Pamela.

Thankfully the Intravenous medication Pamela received in the ambulance restored her heart to its normal rhythm.

Within six weeks she underwent corrective surgery in Dublin and had no recurrence of the condition for 15 years, until she gave birth to her son on August 8, 2021 in Letterkenny University Hospital.

Disturbingly, Pamela revealed that just before her SVT in the Gateway, she had been signed into the psychiatric unit. “I thought I was losing my mind because no one would believe me about the SVTs,” she said. “I could not cope because I was going to all of these doctors. I knew myself something was wrong but nobody would listen.

Several months before the birth of her son, Pamela had an appointment with the anaesthesiologist at Letterkenny University Hospital. She wanted to have an epidural and she wanted to make sure it would be safe in view of her previous SVT.

Pamela said: “They checked with the cardiologist and everything was good to go. The anaesthesiologist knew about my condition. The hospital knew about my condition. It was in my file. I spoke about it to the gynaecologist at all of my antenatal appointments. I was completely reassured about the safety of the epidural after I spoke to the anaesthesiologist. I was happy it was not going to cause me any adverse effects. I felt confident.

“My son was born very quickly. But, whenever the baby was literally just born, my legs were still up hiked up and one of the two nurses in the labour ward came over to me with an injection in her hand. She had it beside my thigh. I remember looking at her and she said, 'We give this to everyone. It is a routine injection. It is to control bleeding after birth'. The injection is called oxytocin.

“You know, you have just had a baby and you don't really know what is going on. You don't know where you are. She just came right at me with this injection and I thought, 'Well if everyone gets it, that's OK then. I trust you'.

“This injection was not mentioned to me at any of my antenatal appointments. I was not made aware that this injection was given routinely. I had no idea this was going to happen. It was never talked about at any of my appointments, not once. If I had known about it, I would have researched it and I would have spoken to my cardiologist to make sure I was able to take it because there are a lot of things I am not able to take, including Sudafed or any decongestants. They can affect your heart rate and antihistamines can also give you palpitations,” said Pamela, who cannot have any products containing caffeine.

Scarily, less than three minutes after Pamela got the oxytocin injection, she noticed her heart rate become irregular.

“He grabbed the baby and within another minute maybe I went into SVT and I said to the two nurses, 'I am having an SVT. Please help me'. I was terrified. It was the first SVT attack I had had in 15 years. It was a kick in the teeth.

“The nurse kept telling me I was fine. They were just not listening to me. I was so scared I said to my partner, 'Run up that hall and get a doctor'. He ran up the hall with the baby in his arms, shouting for a doctor. The SVT lasted about 30 seconds, which meant when the nurse put on the ECG machine, it was gone and my heart rate was back to normal. She kept saying, 'You're fine. Everything's grand,' even though I kept telling her I wasn't fine,” said Pamela.

After 10 minutes, the anaesthesiologist returned and asked what had happened.

Pamela explained she had had an SVT episode. She asked again if it could have had anything to do with the epidural and the anaesthesiologist said, 'No'.

The anaesthesiologist asked if Pamela had had anything else.

Pamela said: “The nurse mentioned the oxytocin injection and he said, 'Oh'. When I asked what that meant, he said if a patient was on the operating table and I gave them an injection of oxytocin and they have no cardiac problems, you would see their heart going on the monitor.

“I looked at all of them and asked, 'Why would you give me that? I should never have had it. You know I have a cardiac history. But no one would listen to me.

“After an hour or so a registrar came in and she listened to my heart, which was back to normal as the episode had passed, and she told me I was fine. I told her I didn't feel well and I was petrified because I had just had an SVT attack, the first in 15 years.

“I was transferred to the maternity ward after about an hour. I was lying there and I was just absolutely terrified. No one would listen to me. I couldn't get a doctor. No doctor was called,” said Pamela, who subsequently took another SVT attack, two and half hours after the attack in the labour ward,” said Pamela, who said what had happened in Letterkenny University Hospital had “ruined” her life. “ I am completely broken,” she said.

Subsequently diagnosed with ventricular tachycardia, she is scheduled for cardiac surgery in Dublin.

People are also advised to make an appointment with their local GP during office hours. During evenings, nights or weekends, from 6pm to 8am, people can contact an out-of-hours GP service at Nowdoc, 1850 400 911.