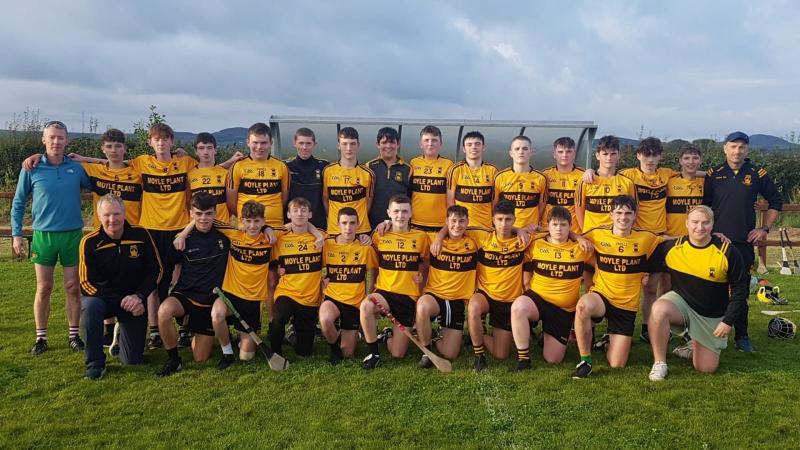 St. Eunan’s advanced to the county minor A championship final after a two-game epic against league winners Carndonagh on Sunday evening.

Carndonagh had set up a home replay after scoring a last minute goal in O’Donnell Park the previous Sunday.
Once again the two teams proved hard to separate, but this encounter was very different. The Inishowen men got off to a blistering start.

A long range free from Cormac McGinn found its way to the net in the first minute. This was almost immediately followed by a second green flag for the home team when Michael McCarton broke through from the left wing and finished clinically. St. Eunan’s opened their account with two frees from Brendan Gaffey, but Carndonagh struck another hammer blow in the 12th minute when Michael Noone  netted after a goalmouth scramble created by good work from Daire Tully.

Neil ÓBaoghaill replied for the visitors, followed by two Carndonagh frees by McGinn which left eight points between the sides and a mountain for the visitors to climb. With Gaffey, David Horgan and Donal Farrelly dominating the middle third St. Eunan’s created a number of chances.

This finally paid off in the 25th minute when Gaffey broke through the middle and laid off a pass to ÓBaoghaill, who fired to the bottom corner. He quickly followed with another point, which was cancelled by a late free from McGinn, leaving the half-time score at 3-3 to 1-4.

Gaffey and McGinn exchanged points after the restart, before John Kealy struck another goal for the Letterkenny team in the 37th minute. Shane Ellison then closed the gap to the minimum with a well taken point. The comeback was complete in the 42nd minute when Matthew Callaghan fired the visitors’ third goal with a close range shot.

Kealy and Gaffey pushed the lead out to four points with ten minutes remaining. To their credit Carndonagh rallied. With Danny Diver and Oran Lafferty providing the platform from half back, the outstanding McGinn narrowed the margin from two placed balls.

The closing stages featured a number of close calls in the Letterkenny defence as the home team looked to repeat the late heroics of the drawn game. However, the St. Eunan’s rearguard led by Joseph Patton and Eunan Gallagher were not to be denied and Callaghan struck a late insurance score to stretch the final margin to three points. St. Eunan’s go on to face Aodh Ruadh in the final.