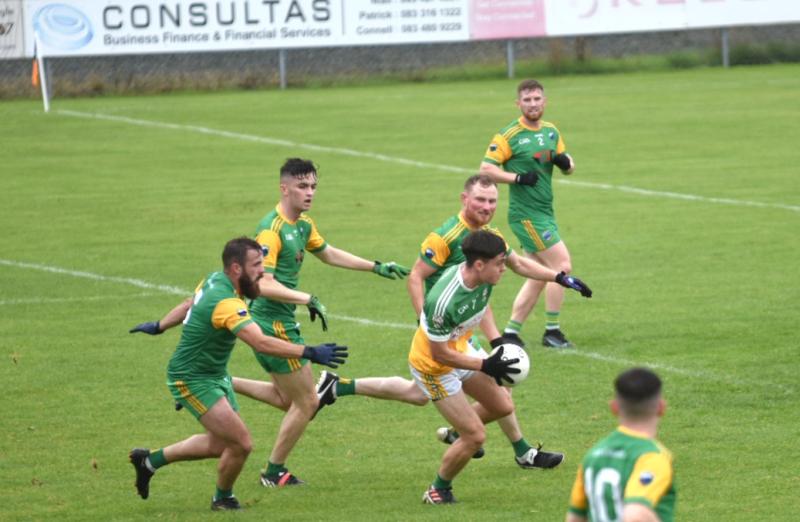 The Buncrana GAA club faces the prospect of a fine totalling over €1,000.

It follows an issue with the match programme for Sunday’s Intermediate Football Championship quarter-final against Naomh Columba at O’Donnell Park.

Donegal GAA’s Competitions Controls Committee (CCC) will examine the team sheets when received and compare to the list submitted by the club for publication in the programme.

There were a raft of changes - 22 in total - to the Buncrana list that was printed in the programme.

Match regulation number 12 states: ‘Players listed on the official team sheet must wear the corresponding number of that submitted by the secretary for mach programmes. Where players line out incorrectly, a penalty shall apply. The penalty shall be: A fie of no less €50 per infraction.’

Match programmes were a handy invention.

Only goalkeeper @Harry_Doherty_ wore the same number as listed pic.twitter.com/whtwHZQqYu

Any possible penalty would also depend on the team sheet handed to the referee and whether the full panel, or just the starting 15 players were listed.

“The CCC, when they meet, will go through the team sheets,” a spokesperson said.

“Wherever there are any changes, without us having had prior notification that a player was injured, then we issue fines accordingly.”

It is understood that the Buncrana club had a grievance over the late receipt of the video from their game against Naomh Columba in the group phase of the Championship.