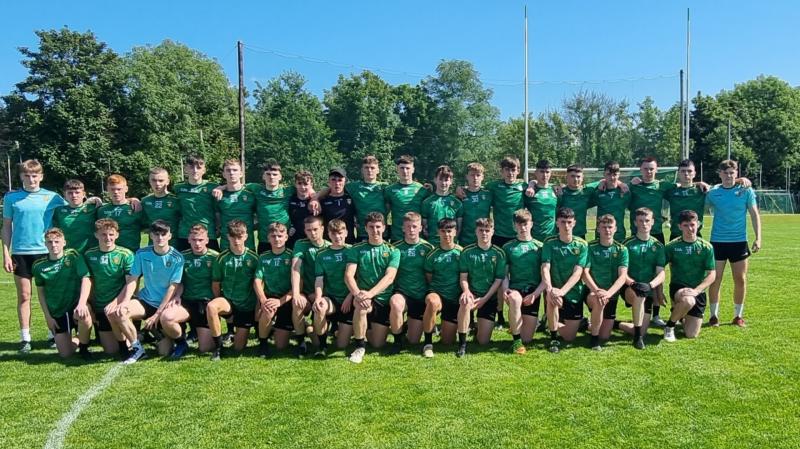 Alan Foley at the Scarvey

Ruairí McCullagh struck all four goals as Tyrone defeated Donegal in the Buncrana Cup final at the Scarvey.

The Tyrone full-forward was in exceptional form - hitting 4-2 in all - and although Donegal didn’t at any stage throw in the towel, the Red Hands had a cutting edge up front which led them to a seven-point win in the end.

The tone of the match was set as early as the third minute when Tyrone were awarded a close-range free-kick and as everyone else stood still, McCullagh was the only one alive to the situation and drove the ball low past Donegal goalkeeper Daniel McDaid for the opening goal.

With Donegal nervy to begin with Tyrone moved 1-2 to 0-0 in front with Matty McNally and Conor Devlin scoring before Tiernan Ward got Barry Ward’s team off the mark on nine minutes. A feature of the game though was evident from early on though, with Tyrone not playing the percentages of safe possession and going for incisive threaded balls and then for goal whenever half a sniff arose.

McDaid in the Donegal goal got down to save well from Matthew Howe only for Tyrone’s McCullagh to add a second goal on 21 minutes. This time he slotted home the rebound after a dropping effort from Howe was knocked down by McDaid just under his own crossbar. 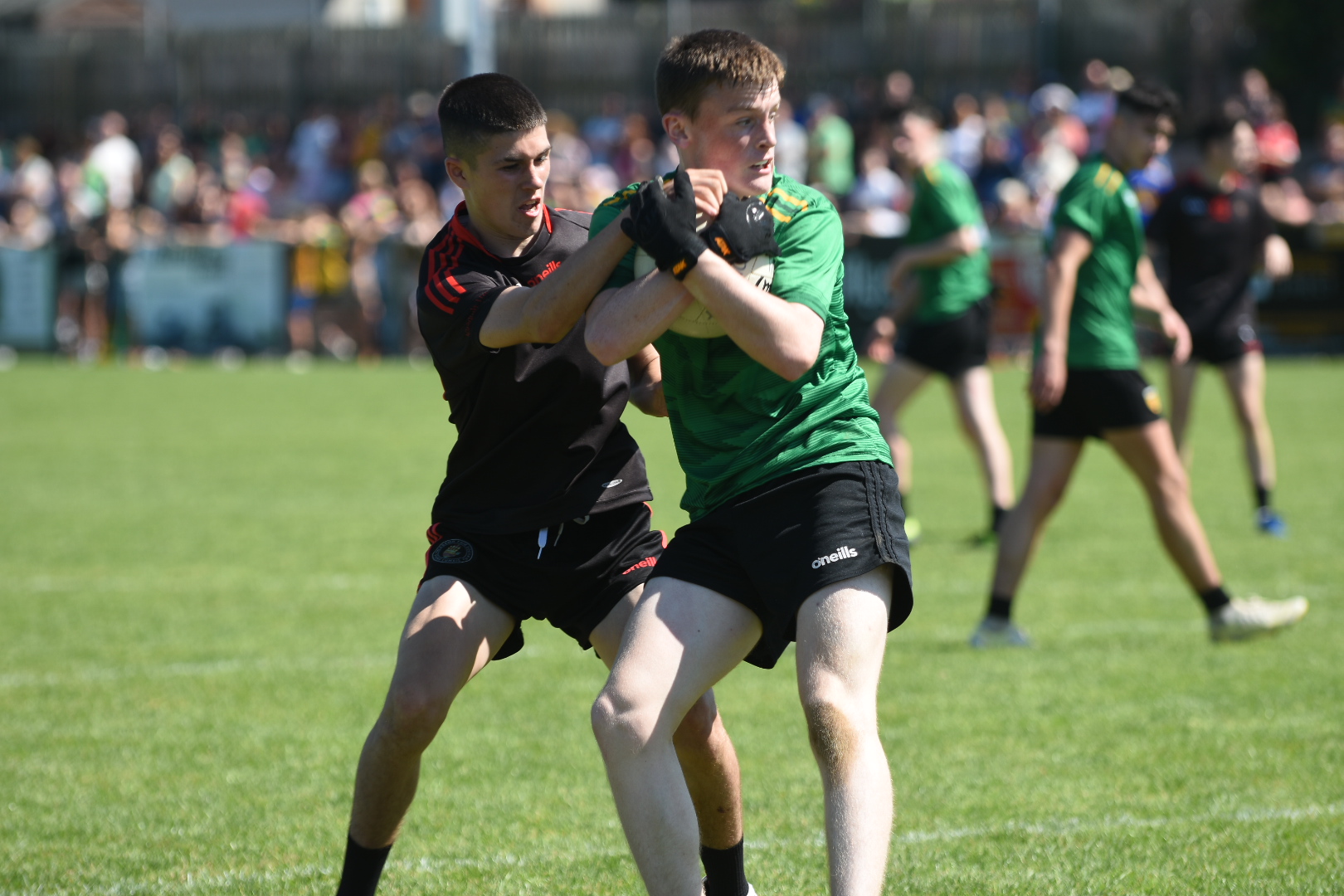 That made it 2-4 to 0-2 for Tyrone and they essentially would keep Donegal at arm’s length for the remainder of the contest. Donegal were best served late in the half by Shane Callaghan in the corner and then through three points from John James Sweeney late in the half. Tyrone were 2-7 to 0-8 in front at the break.

Substitute Dylan Mulholland was introduced at the break and his score brought cheer to the local Buncrana crowd before Tyrone posted their third goal. This time McCullagh cut inside and finished expertly to the top corner for a lead of 3-8 to 0-9 on 33 minutes.

Four minutes later, McCullagh grabbed his fourth when he had eyes only for a diagonal ball in from Matty McNally to beat McDaid to the punch and a 4-8 to 0-10 advantage. 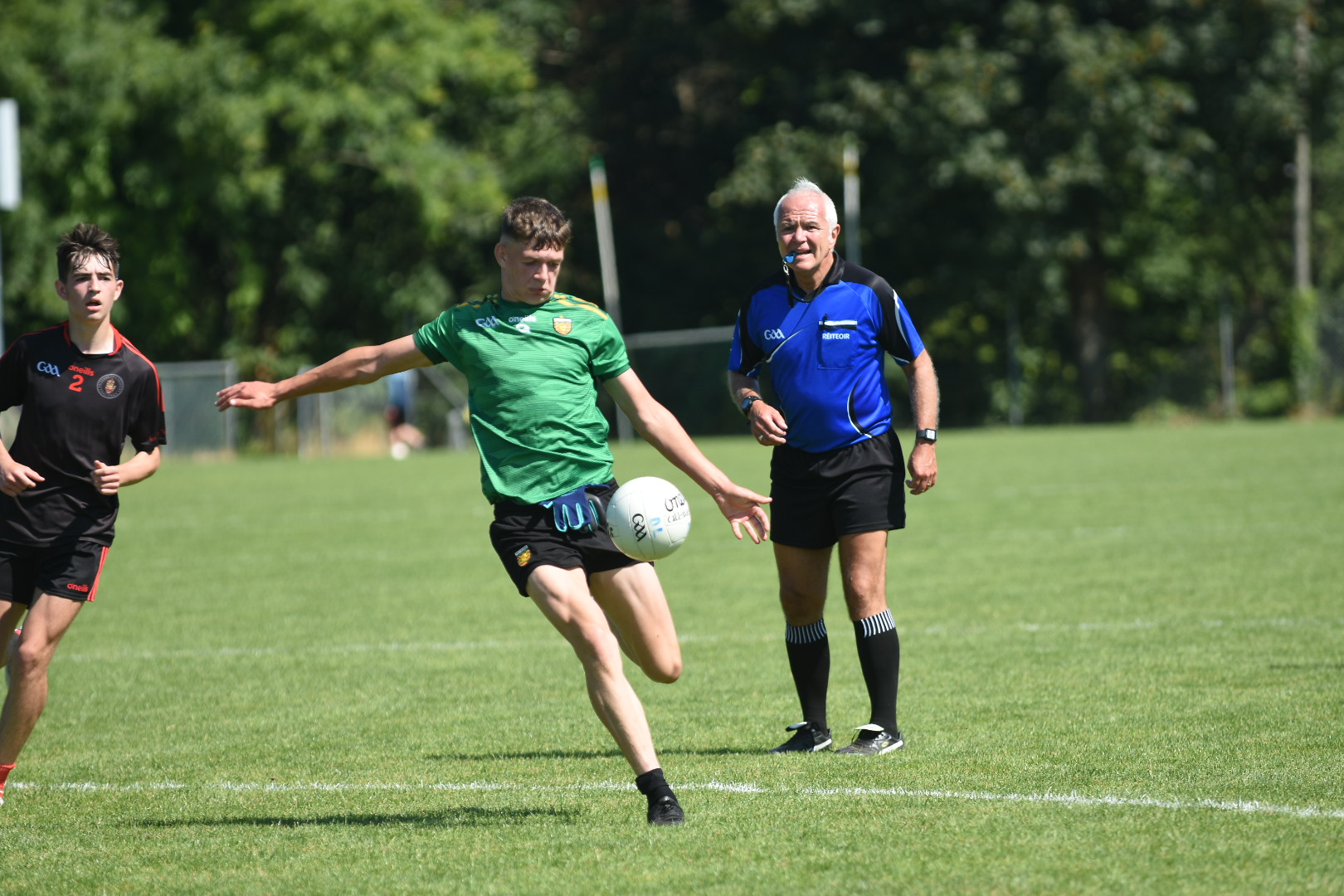 Donegal had a decent enough spell with points coming from Finbar Roarty and Callaghan bringing his tally to four for the day and even though Tyrone lost McNally for 10 minutes to a black card, goalkeeper Aidan Woods looked like he would be keeping a  clean sheet.

At the other end, McDaid made a fantastic late stop from an absolute belter of a shot from  Conor O'Neill.