Brilliant second half ensures IHC title for MacCumhaills against Carndonagh 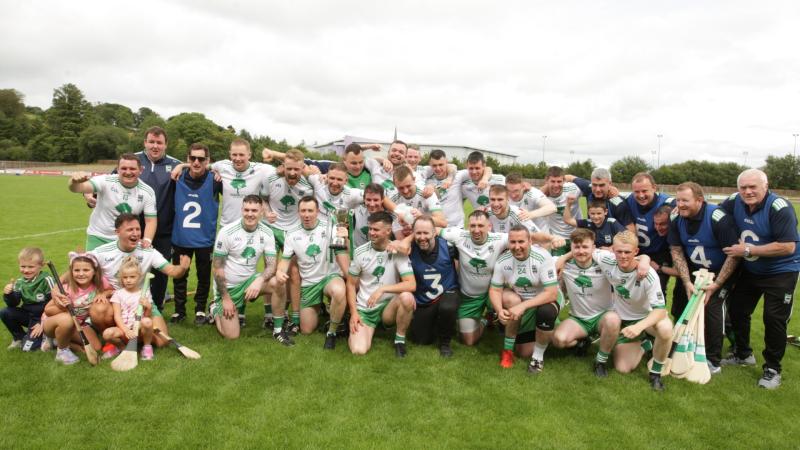 A brilliant second half comeback from Sean MacCumhaill’s earned their first Intermediate Hurling Championship title since 2002 against a gallant Carndonagh side at O’Donnell Park.

The Twin Towns side came back from a six points deficit early in the second half to power through to a deserved victory. Team captain Lee Henderson led by example and hit 0-8, including one magnificent effort from the sideline when it was needed in the 49th minute and he landed an 80-metre free as the game came to a close.

Young Jamie De Ward chipped in with four points and was a key figure, while the MacCumhaill’s bench also made a difference in those final minutes. For Carnfonagh, player manager Cathal Doherty had a magnificent first half and scored one of the finest goals ever seen in O’Donnell Park.

But, Carndonagh were not able to get any sort of ball into him in the second half as MacCumhaill’s gradually took over around the middle of the field.

Carndonagh settled the swifter and Doherty swung over a great point, over his shoulder after just a minute. The Inishowen men were on top in most sectors and Doherty obliged with another long- range effort to put his side into a 0-2 to 0-0 lead by the seventh minute in a wind assisted first half. 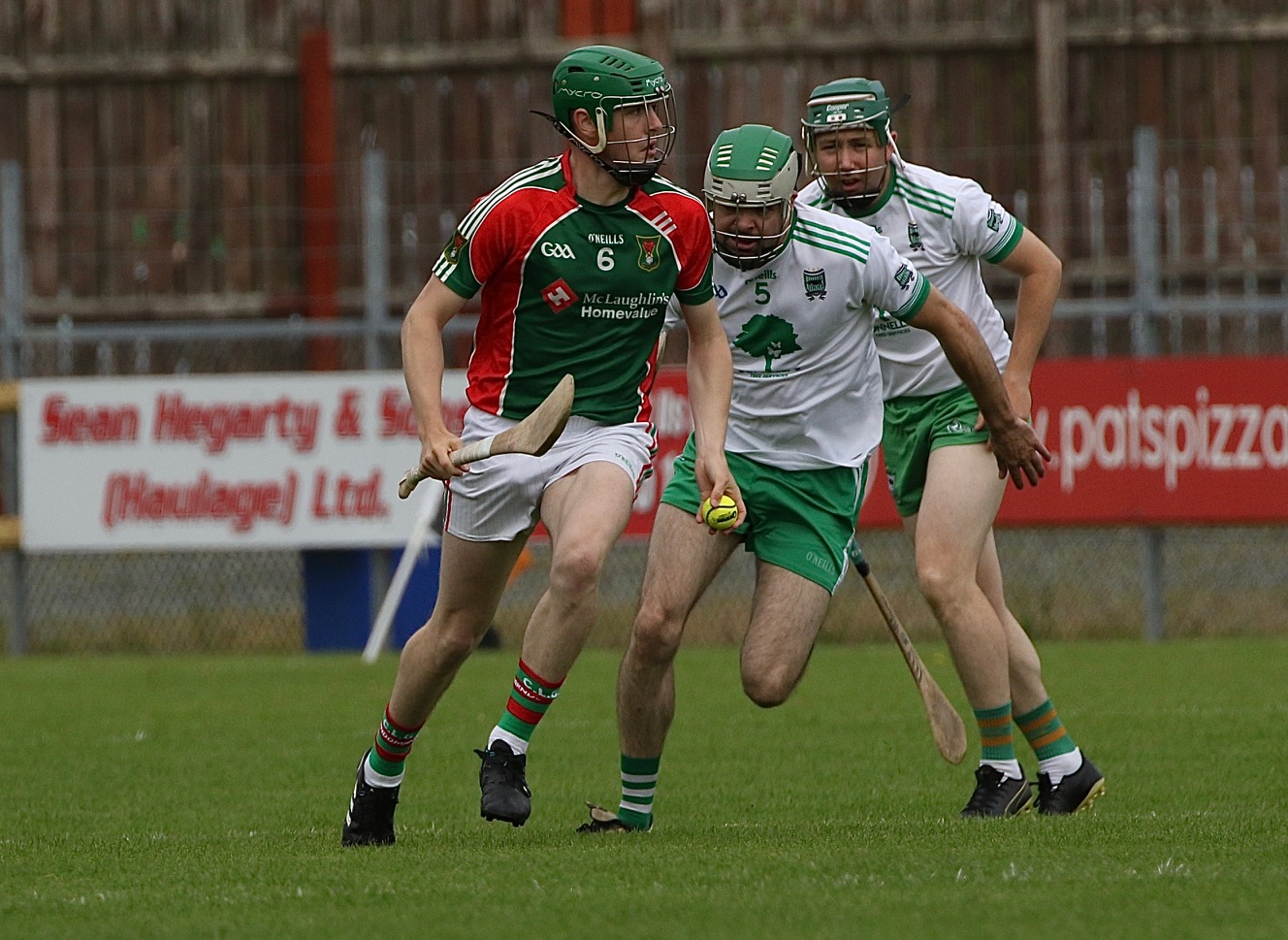 MacCumhaill’s had their first score from a pointed free from captain Henderson. Both sides seemed jittery and posted five wides each in the first quarter. Henderson levelled matter from a placed ball in a tepid opening quarter.

There was very little between the sides as P J Browne edged MacCumhaill’s in front from a free as Doherty continued to lead the charge for Carn with two points as they led by 0-4 to 0-3 by the 26th minute.

Man of the match De Ward levelled matters and then edged MacCumhaill’s back in front with two points on the spin to put MacCumhaill’s into a 0-5 to 0-4 lead before Luke White tied matters from a free.

It was then that Doherty hit a goal for the ages when he gathered the ball close to the sideline, outpaced his marker and smashed the sliotar to the net from an acute angle with three MacCumhaill’s players bearing down on him.

And at the other end his older brother Padraig made a brilliant block to deny PJ Browne a certain goal while White converted another free to leave Carn leading by 1-6 to 0-5 at the break. Both teams made changes for the resumption as Carn increased their lead to 1-8 to 0-5.

But they could only hit three more points in the entire second half as their opponents tacked on 0-12. Henderson began the revival with a pointed free with De Ward adding another before Henderson and Anthony Patton made it 1-9 to 0-11 by the 45th minute. 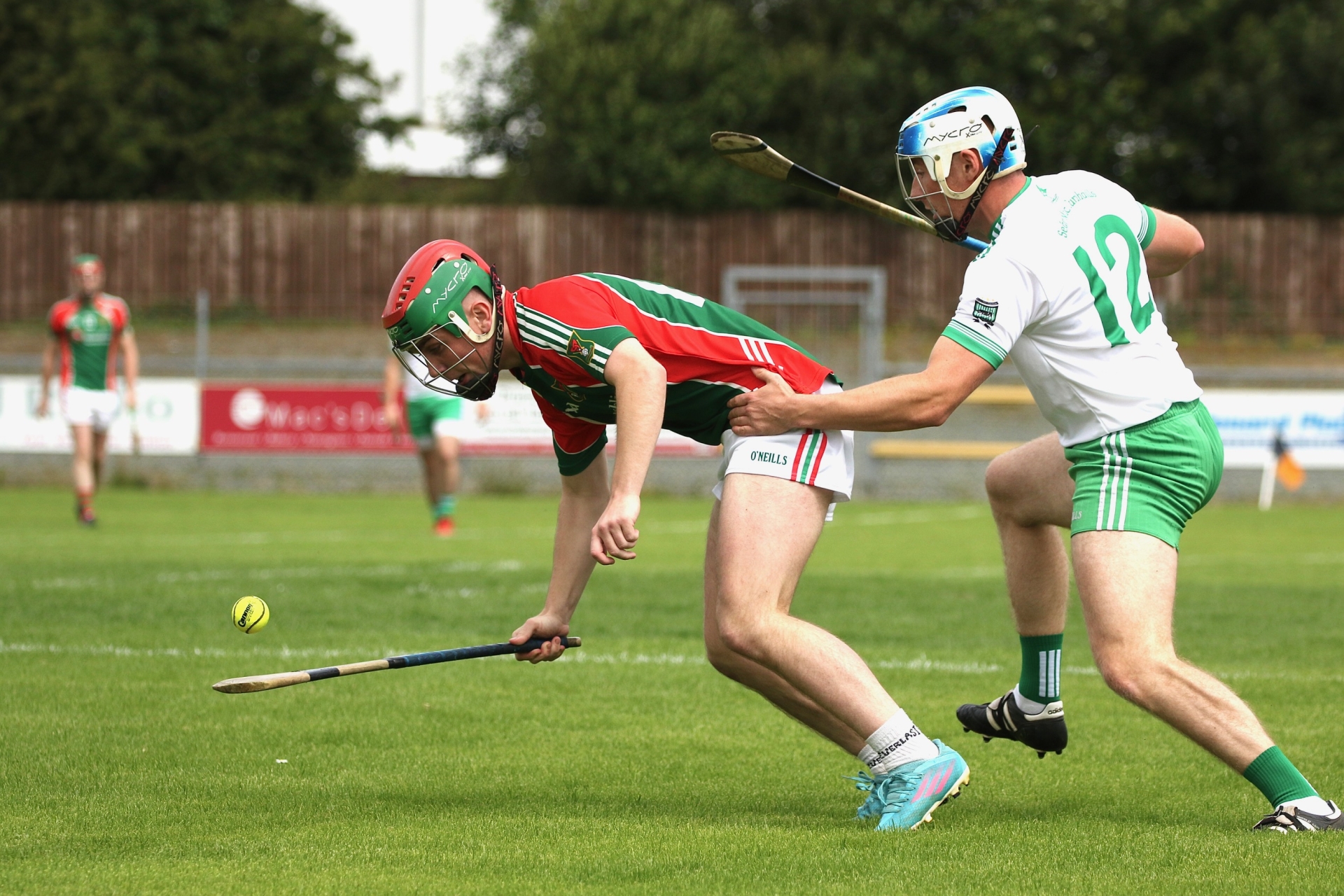 White knocked over a 65 to put Carn ahead by 1-10 to 0-11 with their first score in ten minutes. And they could only score two more points In the second half as the momentum was firmly with MacCumhaill’s.

Cian Doherty narrowed the gap for Carn but MacCumhaill’s had the scent of victory as Patton and Henderson got the vital points for victory and they had the greatest spread of scorers and that proved crucial.