REVEALED: How many viewers tuned into the All-Ireland hurling final? 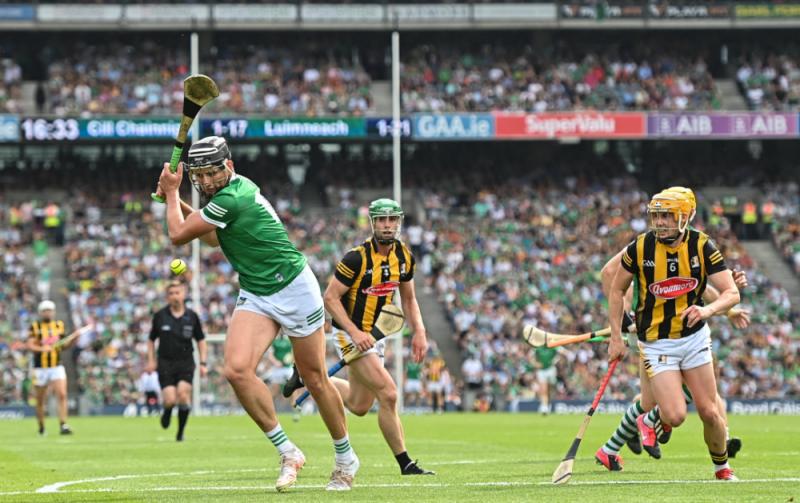 Limerick's momentous win over Kilkenny in Sunday's enthralling All Ireland Hurling final was watched by an average of 774,000 viewers. PIC: Sportsfile

Limerick's momentous win over Kilkenny in Sunday's enthralling All Ireland Hurling final was watched by an average of 774,000 viewers and a share of 72% of those watching TV at the time. Viewing numbers on RTÉ2 peaked at 17.05 with 882,000 watching as the nail-baiting final whistle was blown. There were 113,000 live streams on the RTÉ Player, up from 92,000 last year.

It is the first time ever that an All-Ireland final has been held in the month of July. Limerick join only Cork, Kilkenny and Tipperary in becoming one of the only teams to win three All-Ireland titles in a row. Yesterday, Limerick's Declan Hannon made history as he became the first ever team captain to lift the Liam McCarthy Cup four times. They have now won four titles in five years.

On Sunday, Joanne Cantwell will be joined by Ciaran Whelan, Pat Spillane and Sean Cavanagh for live coverage from Croke Park of the All-Ireland Football final between Kerry and Galway. Commentary will come from Darragh Maloney and Kevin McStay. The build-up on The Sunday Game Live will begin at 2 pm with throw-in at 3.30pm. Later that evening highlights of all the weekend's Championship action can be seen on The Sunday Game  (9.30pm, RTÉ2 & RTÉ Player).