Burt will renew their rivalry with Setanta in the final of the Donegal SHC following an impressive semi-final victory over St Eunan's, who were the reigning champions 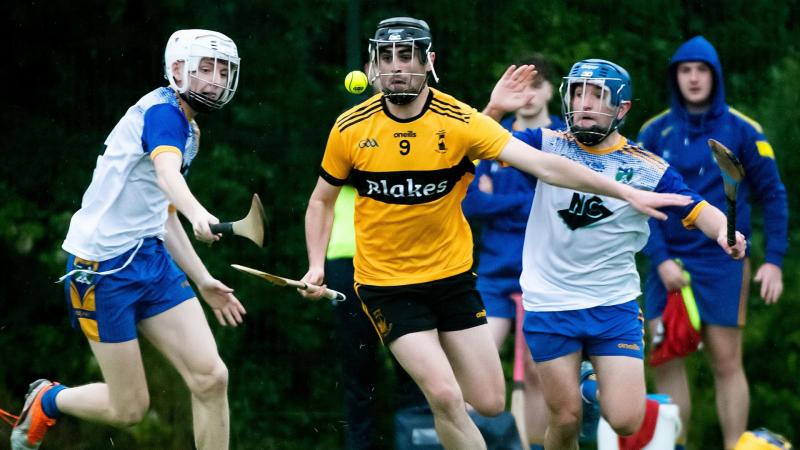 Burt are back in their first Donegal SHC final since 2018 after an emphatic victory over St Eunan’s at the GAA Centre in slippery conditions.

They say revenge is a dish best served cold and the Inishowen men will savour this one after losing to Eunan’s in last year’s semi-final. And they were full value for this victory as their young hungry hurlers never allowed Eunan's to settle into any real rhythm and they also had Ronan McDermott giving a magnificent man of the match display.

Two well-taken first half goals for Burt gave them the ideal platform for victory and conversely both were killer blows to a Eunan’s side that began brightly.

The first one came after just five minutes when McDermott picked out Kieran Brady in loads of space and the latter cracked the sliotar to the Letterkenny net to put his into a 1-0 to 0-0 lead and this came minutes after Conor O’Donnell Snr was almost through on goals for Eunan’s and Kevin Kealy’s goal bound shot was well saved by Paul Burns.

The reigning county champions responded with some well struck points from Daire O’Maoileidigh with Liam Og McKinney, Conor Gartland and McDermott target for Burt. But Eunan’s were already chasing the game.


They trailed by 1-7 to 0-6 in the run-up to half-time but were hit with another hammer blow in the 26th minute.
This time it was the experienced Christopher McDermott who swooped on a loose ball in space and he coolly picked his spot in the top corner of the net to leave Burt leading by 2-8 to 0-6 at the break.

Both sides scored 0-8 in the second half-but try as they might, Eunan’s could never get the goal they so badly needed to make this a real contest.

But Burt was not going to be caught and their ferocious work rate repeatedly stymied Eunan’s. In the interim Liam Óg McKinney landed some mighty long range frees with Ronan McDermott always on hand to lift the siege with a timely point.

Eunan’s also threw on last year’s captain Conor O’Grady and he landed a point as did their other sub Peter Kelly-but there was always only going to be one winner.

One thing is clear, this is a coming Burt team who now face Setanta in the county final. Setanta will be hot favourites but that is the way Burt will like it. It could be some showdown in a fortnight.

Eunan’s can have few complaints as they just could not match the sheer hunger of Burt and those two goals were real killer blows.