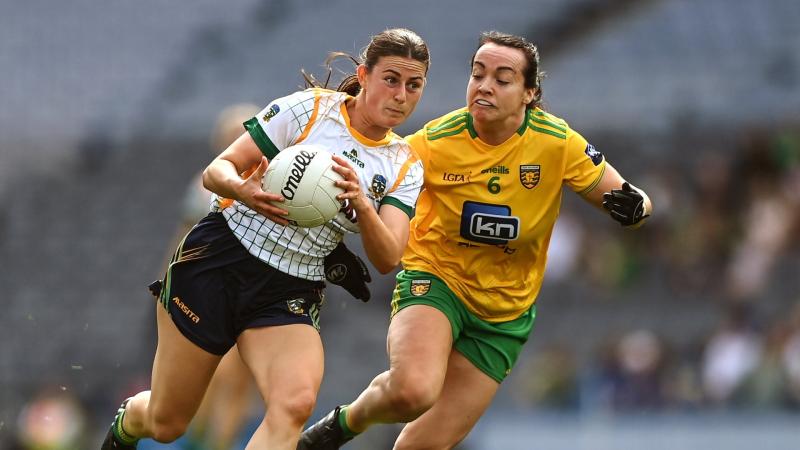 Donegal’s wait for a first ever appearance in the final of the TG4 All-Ireland Ladies SFC will have to continue as champions Meath squeezed through to get the opportunity to defend their crown against Kerry later this month.

Maxi Curran’s side were three points in front at half-time when it was the least their play merited and having gone three behind in a difficult third quarter when they might’ve folded, got back on terms at 1-6 to 0-9. Just then, they seemed to hold the aces on 50 minutes with Meath’s talismanic leader Vikki Wall was sent to the bin.

In her absence though, it was Emma Duggan, at 20, who took on the responsibility and kicked her side's last three scores to edge Meath over the line. 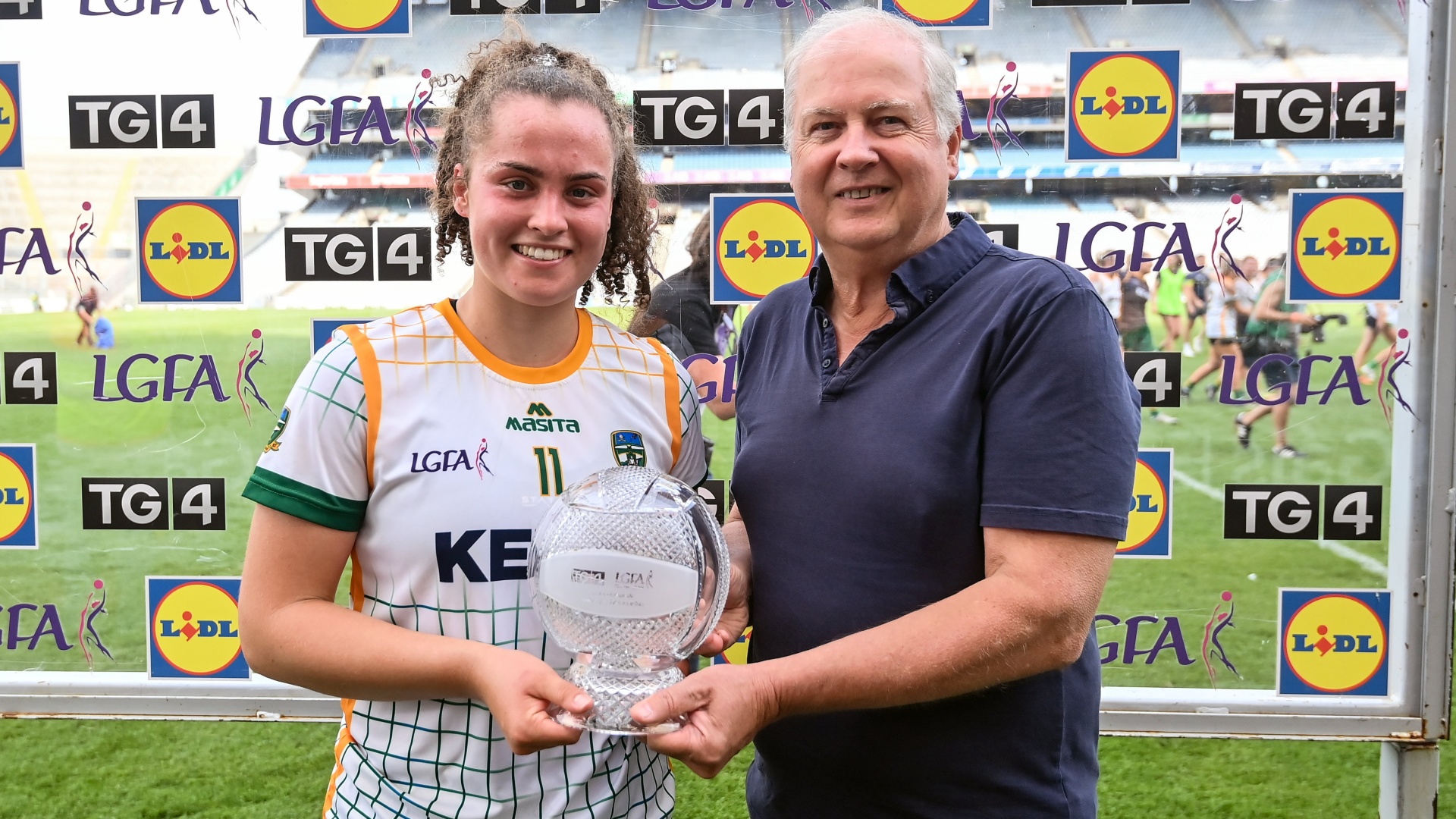 Donegal will have their regrets as Meath twice were down to 14 in the second half with Máire O’Shaughnessy also sent to the line, three goal chances coming and going while Roisin McCafferty hadn’t a save to make all day, with a sheet so clean it didn't even need put in the into the washing basket.

Donegal hit the woodwork five times with varying degrees of velocity, four of those times the upright, with two coming back out, one going wide and only one moving the scoreboard up by a point. The other occasion they touched wood was when the ball might've gone under the crossbar instead of over it. The more you think about it, the worse it gets.

With Donegal having adapted “the Meath template” as it was termed in their fantastic 3-7 to 1-7 victory over Dublin on Saturday last, some predicted a game of stares when the originals took on the contemporaries. There was also a familiarity with Meath having beaten Donegal, also by two points, 2-8 to 1-9 in the Lidl Division 1 NFL final in April.

For a team who would frequently get involved in shoot-outs - and not being particularly uncomfortable in doing so, although with mixed results - there was a consciousness about Donegal in a first half in which they thought their way through. It was more chess than draughts.

Meath haven’t got to where they’ve got to by making up their lines on stage and with a propensity to suck you in and then spit you out, Donegal had to tread carefully. McCafferty was allowed to get her kick-outs off without challenge and that eliminated a little of roulette factor. 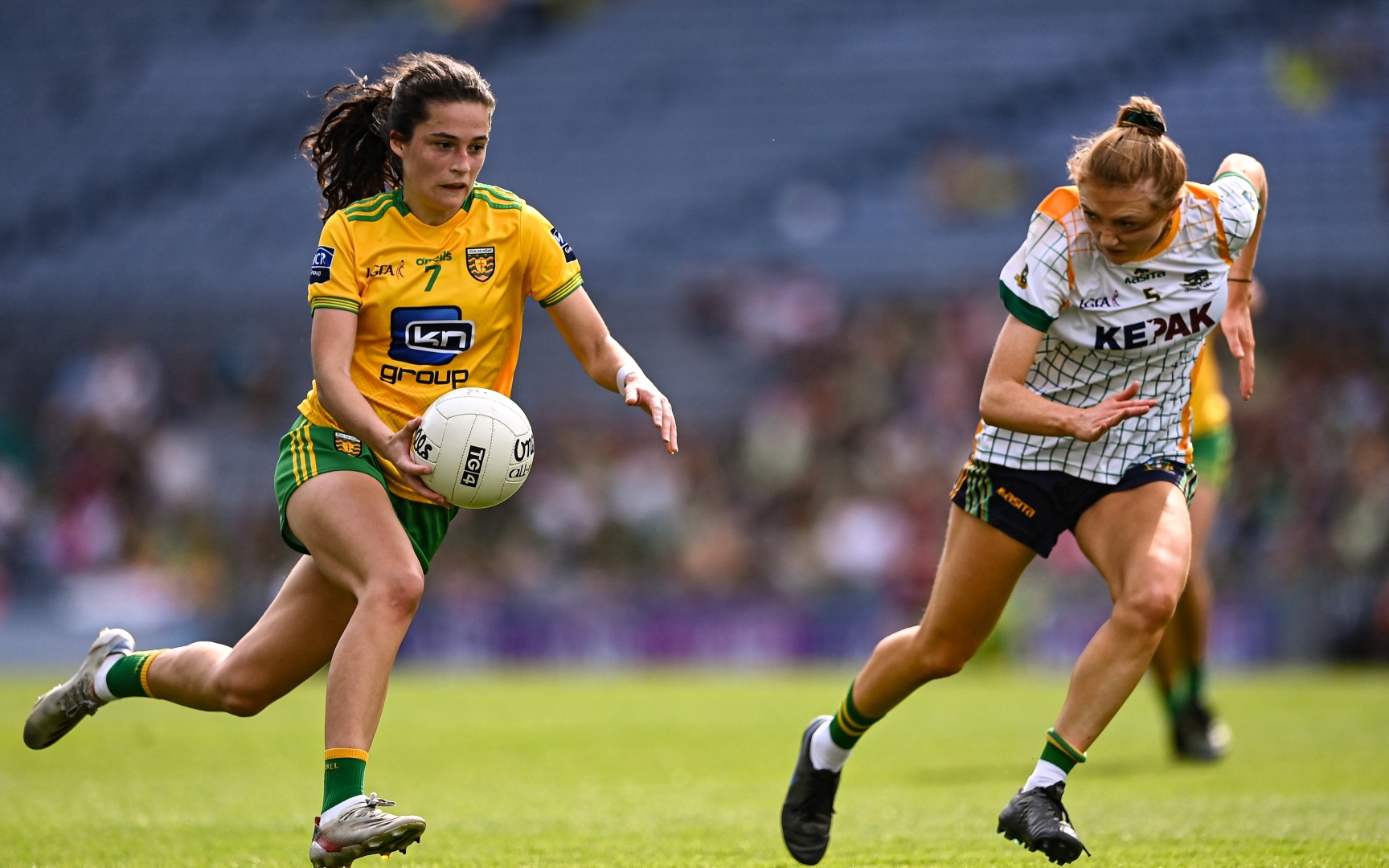 Geraldine McLaughlin hit two settling early points inside of four minutes, either side of Stacy Grimes’ opener for the Royals. Donegal were controlling the tempo, which wasn’t breakneck speed and on 11 minutes Yvonne Bonner got in on and the end of a move and whilst trying to shuffle her feet, didn’t get sufficient purchase on the prodded shot and Monica McGuirk saved.

Although Meath pulled it back to 0-2 to 0-2 with a stroked Grimes point on 16 minutes, it was a prelude to Donegal’s best spell, which yielded a goal and a point from Niamh McLaughlin. The Donegal captain scored a scythed point that clipped the crossbar as it went over.

Then, 19 minutes in, McLaughlin scored a penalty after Katie Newe had a hold on Bonner's jersey. McLaughlin faced McGuirk at the same Davin End in the Division 1 final three months ago, this time going top right to net, the opposite side to the last.

That put Donegal 1-3 to 0-2 in front and looking good, although a long-range score from Orlaigh Lally right before half-time was one to lift the spirits. At the break, Donegal had three points of an advantage, with things far from decided. 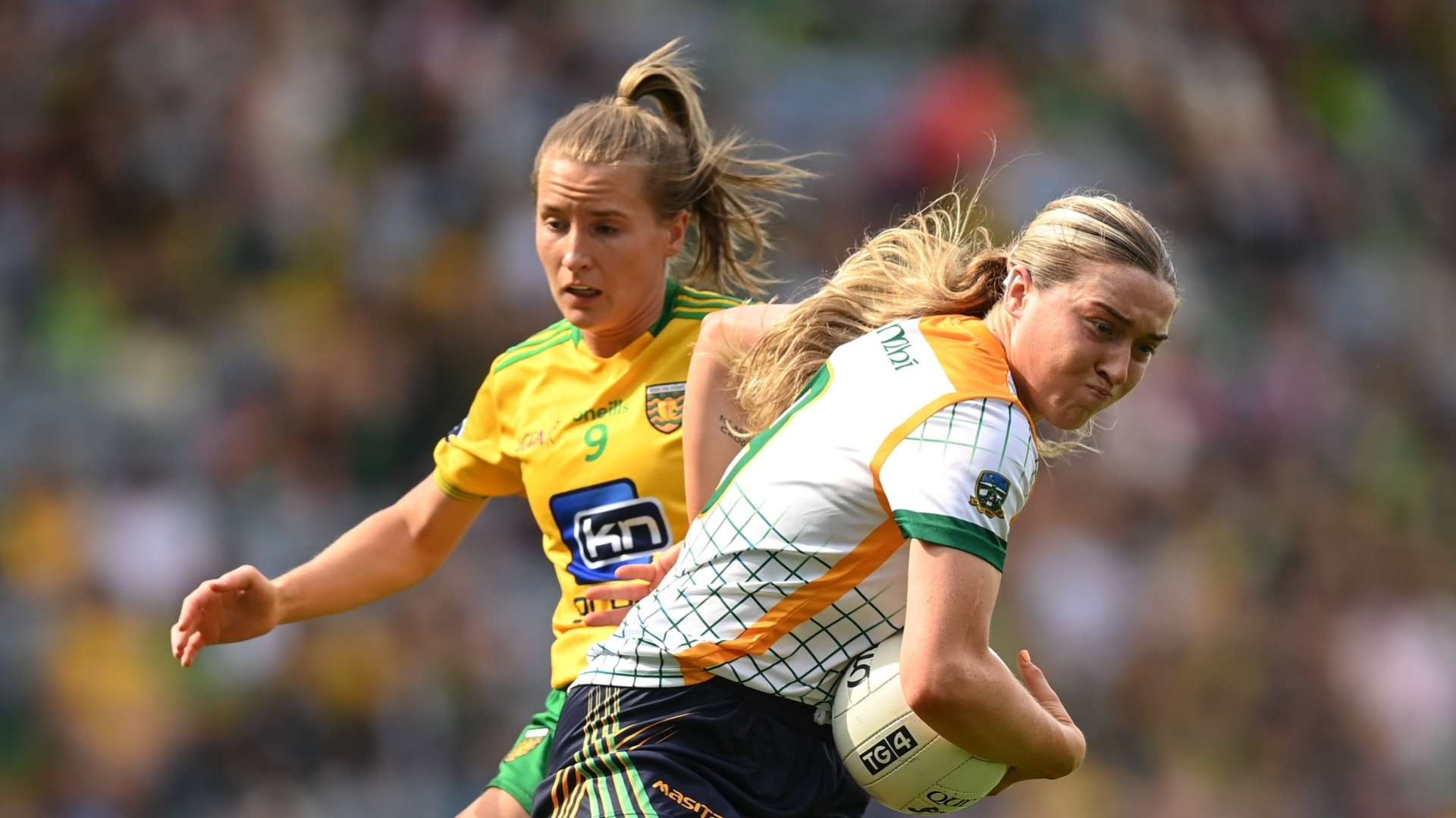 Meath came out in the second half like a train and were level with three unanswered points within just 130 seconds of football, with Vikki Wall, Niamh O’Sullivan and then Doogan scoring. There were no liberties at the knick-out for Donegal with the full press on.

They lost O’Shaughnessy to a sin-bin but lost none of their momentum, with Donegal, who introduced Karen Guthrie at the break, struggling to get out of their own half. Three more points from Meath, which made it seven in succession, followed from Grimes frees for 0-9 to 1-3 on 42 minutes. It felt like every decision referee Shane Curley was making was falling Meath’s way.

Donegal needed a score and on 43 minutes got it, this time getting the kiss they wanted when Bonner’s angled effort went over via the Hill 16 upright. And when Katy Herron added another point on 45, it was back down to one at 1-5 to 0-9. It was tense and of the two, it was Donegal who were the least intimated it seemed.

Bonner stroked over to level the match and when Wall went in too heavy on Nicole McLaughlin and was yellow-carded and into the bin with just over the 10 minutes left. Donegal produced two great goal chances when it was in the melting pot. Firstly, Bonner, from Guthrie’s pass, got her shot past McGuirk only for full-back Mary Kate Lynch to clear off the line.

Then, when Duggan hit the first of her three late points, Guthrie levelled, moments after she swivelled onto a Boner pass and opted to go early, with McGuirk saving. With Meath two to the good, some of the ball possession was something between kamikaze and courageous late on, but they got there with Donegal's last chance slipping through the floorboards when Niamh Hegarty was, controversially, called for charging.

Then, Wall came back on with 16 seconds to go and the roof lifted in cinematic fashion.

As the Meath players posed for the photos in front of the Hogan Stand with smiles as wide as the River Boyne, Donegal’s players were in a state of dejection. Just a few minutes later, they pulled themselves and one another to their feet and were consoled by friends and family members remembering the fact they came closer than any other side from the county ever has. That, though, will be of little consolation certainly in the short-term.