Carndonagh were big winners against Aodh Ruadh just three weeks ago in the SHC. And although they faced a much stiffer challenge in Convoy on Friday, the Inishowen side till possessed the wherewithal to progress to the final of the Donegal IHC 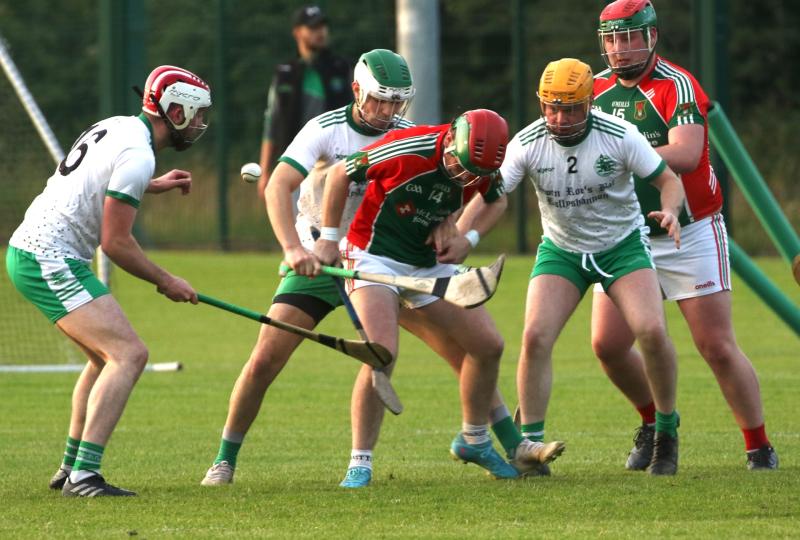 Goals win matches as a physically more powerful and craftier Carndonagh side showed against a game but outgunned Aodh Ruadh in an entertaining Donegal IHC semi-final at the Donegal GAA Centre.

Luke White, Cathal Doherty, Cian Doherty and sub Jack McLaughlin grabbed the all important goals as they exploited any lapses in the Ballyshannon full-back-line.

But the scoreline scarcely does justice to a gritty Aodh Ruadh side who had a much stronger showing than in their recent SHC encounter with the Inishowen men in Ballyshannon, when Carndonagh waltzed to a 5-14 to 0-7 win.

It was Aodh Ruadh who had the better start on Friday and they went two points clear from Senan Rooney and Aaron Cullen.
It took Carn a while to settle, but they went on to score the next five points from Wexford native Luke White, who was a major threat throughout, the excellent Cian Doherty, Cathal Doherty, Eoghan Kelly, Dara McCormack and White.

Aodh Ruadh hit back with points of their own from the outstanding Kyle McNulty, Aaron Cullen (free) and a Rooney free to leave just two points between the sides.

MacCumhaill’s progress to IHC final with win over Dungloe

With Anthony Patton grabbing two goals and Lee Henderson putting over seven points, MacCumhaill's saw off Dungloe in Burt and now have a Donegal IHC final to look forward to


But Carn struck for the first of their killer goals, when White cleverly doubled on a loose ballot to put his side ahead by 1-8 to 0-5 just after Cathal Doherty flicked over a point.

It got even better for Carn when Cathal Doherty found the net but Aodh Ruadh responded with well struck points from Cullen and McNulty as the team from Foden led by 2-9 to 0-9 at the interval.

Carn turned up the pressure after the break with points from McCormack and Cian Doherty and Cathal Doherty found Cian Doherty with a claver pass and the wing forward coolly picked his spit to put Carn into a 3-12 to 0-11 lead.

That was effectively the clinching score as Ballyshannon continued to battle hard but just did not have the finishing power to really trouble their rivals. Both sides ran the bench and Carn got their final goal which was a fine individual effort from sub Jack McLaughlin, who pulled off a great catch before rounding his man and cracking home a great goal.

Aodh Ruadh continued to fight hard and their vocal manager John Rooney was not too happy when it looked like Senan Rooney was about to find the net when referee Trevor Moloney blew up the play for a free.