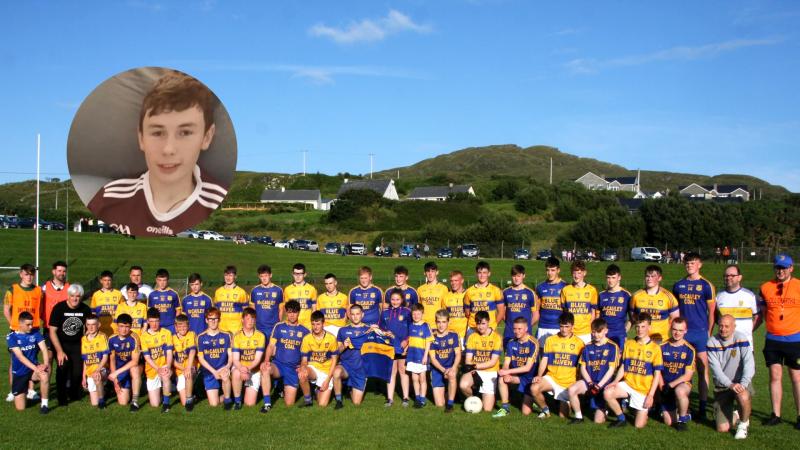 The Kilcar and Naomh Padraig players with family members of Daniel McCloskey, pictured inset, in Towney this evening

Naomh Padraig Uisce Choain made a "lovely gesture" to the family of Daniel McCloskey and his Kilcar teammates this evening before the U-17 Cup Division 2 fixture in Towney.

Daniel McMenamin of Naomh Padraig is a friend of Daniel McCloskey - both from the Donegal U-16 Academy - and this evening the side from Ture presented his parents, Paul and Una, brother Rory and sister Zoe, who are from Bavin, with a jersey to wish him well in his recovery.

Sixteen-year-old Daniel McCloskey is currently in University Hospital Galway, recovering from a serious foot injury sustained last month. A student at Coláiste na Carraige and player for Kilcar, he is a cousin of Donegal’s Ryan McHugh and his brother Mark, who is currently assisting Donegal manager Maxi Curran ahead of the TG4 Ladies All-Ireland SFC semi-final against Meath at Croke Park tomorrow. 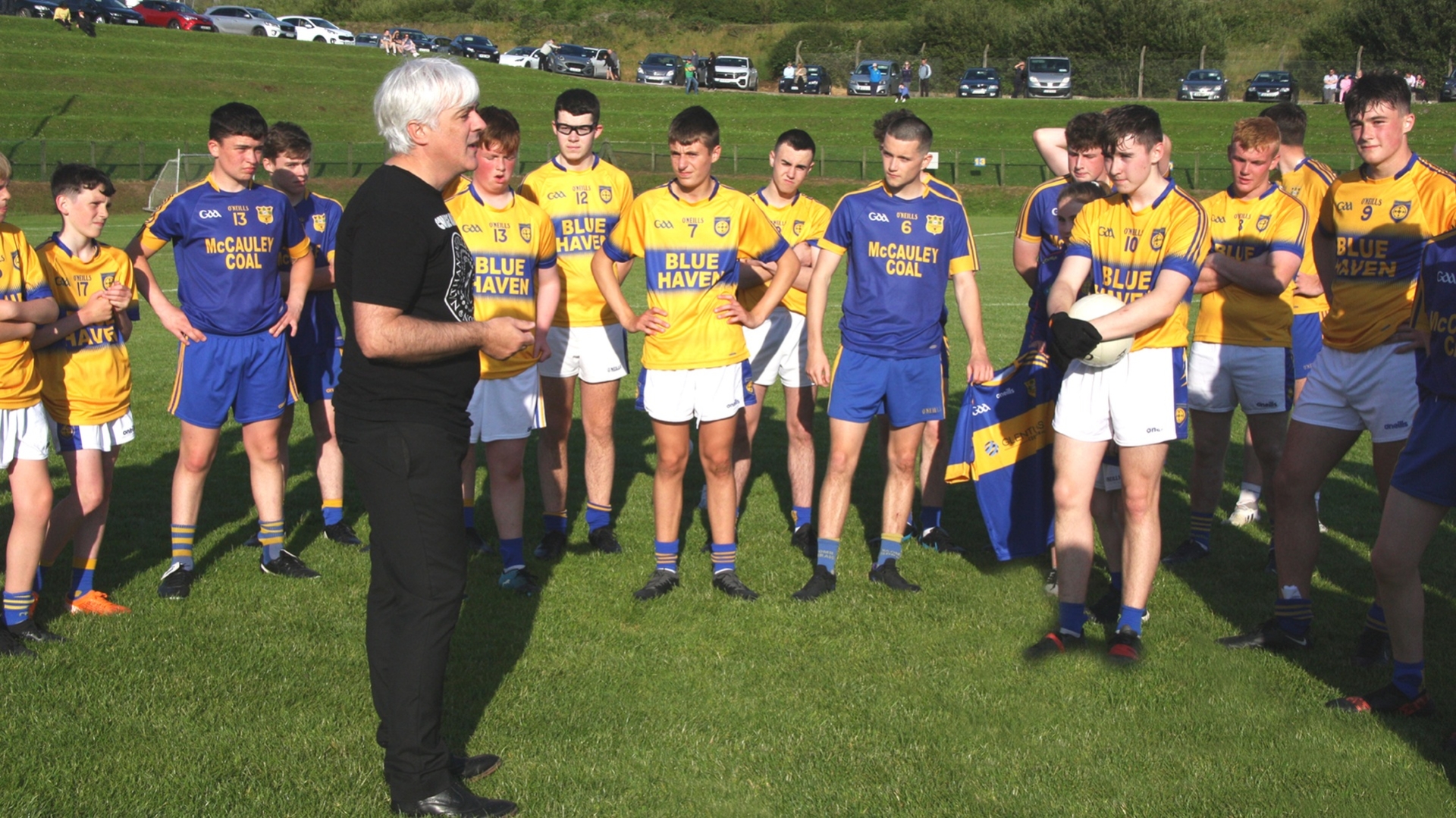 Daniel is recovering well and in good spirits, hoping to get home shortly and doctors have said he will get back to a normal life with a continuation of his fine recovery and back playing football in the colours of Kilcar before too long.

“We’d like to thank the Naomh Padraig club for this lovely gesture,” said Phelim O'Donnell, the Kilcar Minor Board Chairperson, in Towney this evening. “Everything like this is a great to both Daniel and his family and everyone here in Kilcar is appreciative of it.”

The McCloskey family have also expressed their gratitude to the Kilcar and Naomh Padraig clubs and to anyone who has helped Daniel in any way. 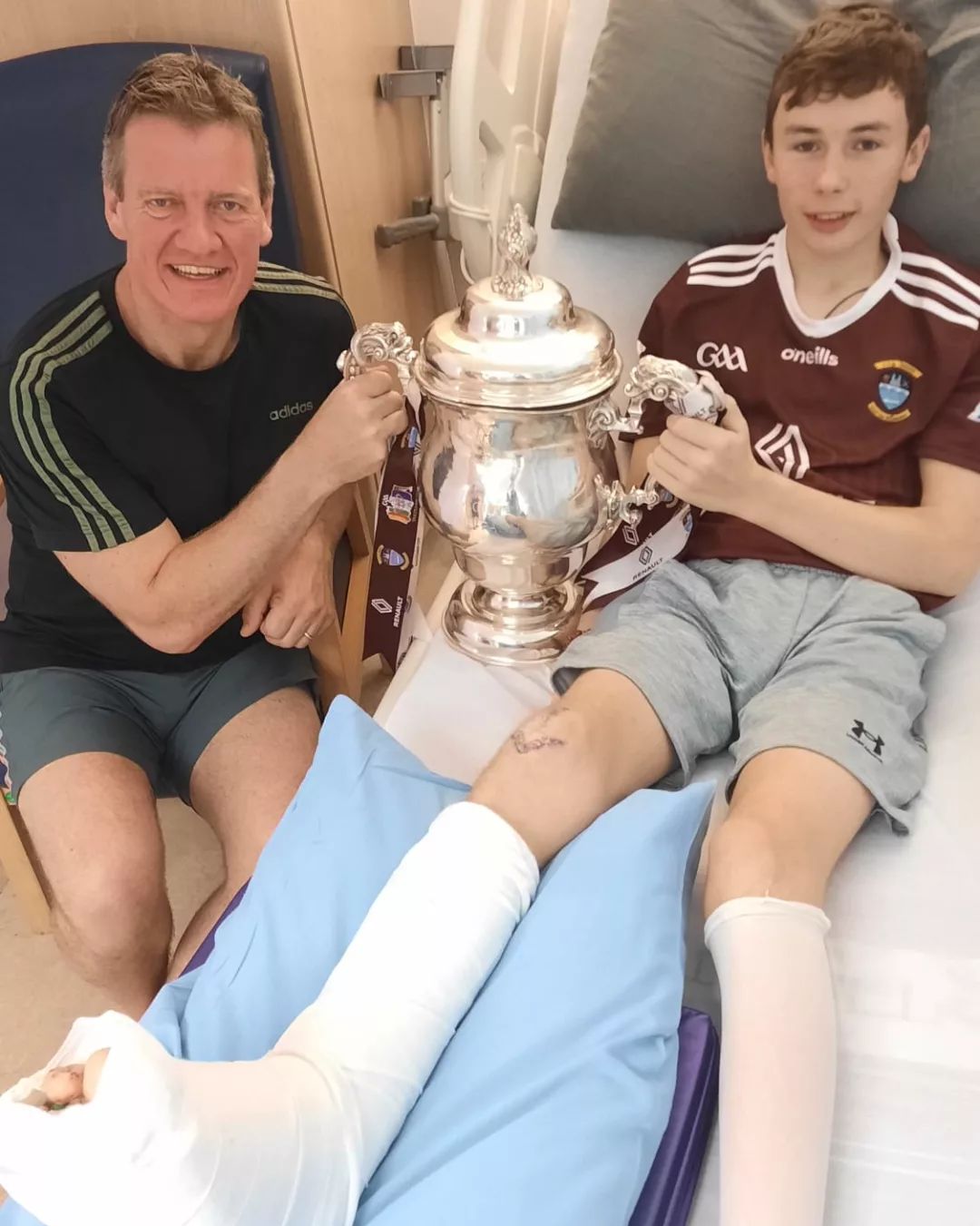 Last Sunday, Jack Cooney, the Westmeath manager, who is married to Elaine Byrne from Kilcar, visited Daniel is hospital with the Tailteann Cup, which his side won just 24 hours beforehand on a 2-14 to 1-13 scoreline following an exciting final against Cavan at Croke Park.