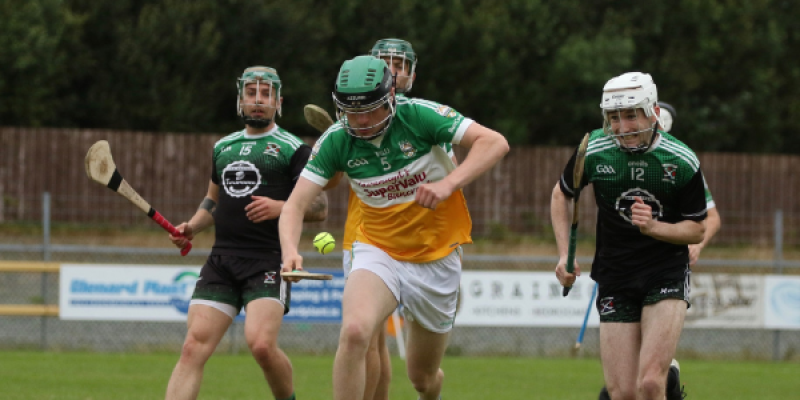 Setanta returned to the Donegal senior hurling championship thanks to a comfortable win over Buncrana at O’Donnell Park on Friday evening.

The Crossroads men had 18 points to spare by the end with Gerard Gilmore, Bernard Lafferty, Declan Coulter and Davin Flynn all netting.

Gilmore’s first-half goal sent Setanta on their way and Gary McGettigan’s men added a second seven minutes into the second half.

Coulter fed Lafferty and the wing-back drilled powerfully to the Buncrana net.

Just five minutes later, the net rippled again. Coulter played a give-and-go from a free with Josh Cronolly-McGee and the midfielder slammed to the roof of the net to open a 3-14 to 0-7 advantage.

Buncrana did get a moment of cheer when substitute Paul Nelson finished to the bottom corner in the 43rd minute, but Setanta added a fourth in added-on time when Flynn blasted home from a tight angle.

Setanta, stung by St Eunan’s last October when the black and amber ended a 49-year wait for the Munster Cup, blazed a formidable trail through the group phase when laying down a marker for their opponents.

Setanta fired to a 1-23 to 0-6 win over Buncrana in last year’s semi-final and, in spite of nine wides over the opening half-an-hour, they were eight in front at the interval here.

Gilmore netted in the 29th minute. Ruairi Campbell had just sailed over a splendid point from the ’65 when Gimore fetched the puck-out from Declan McCarron. As soon as Gilmore took receipt of the sliotar, his intent was clear.

Gilmore slammed emphatically to the far end of McCarron’s net for a 1-10 to 0-4 lead.

An already tall task for Buncrana seemed stiffer still with the absence of Jack O’Loughlin and the Scarvey men saw Tom Clare, James Patrick Doherty and Kieran Doherty all depart injured in the opening half.

A third free from Caolan O’Neill reduced the arrears for the Inishowen men, but they were 1-10 to 0-5 behind at the changeover.