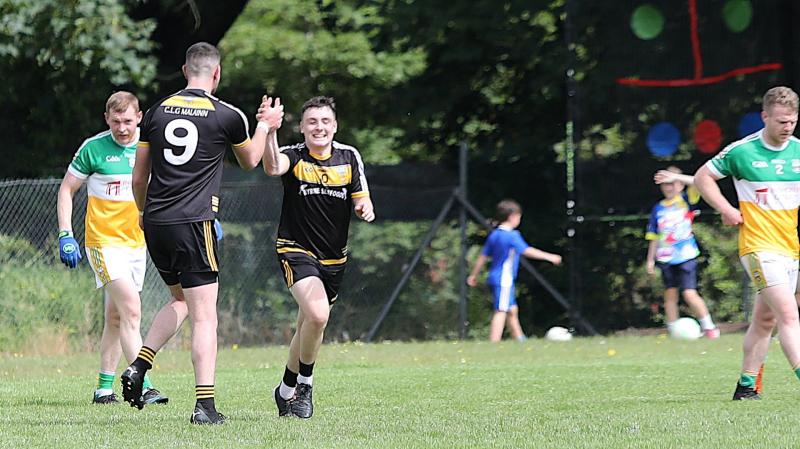 Alan Foley at the Scarvey

Malin managed to get the point they needed to confirm their promotion to Division 1 having been pushed all the way by their Inishowen rivals Buncrana.

With the sun making a belated appearance this summer and a league clash that wasn’t too far off championship intensity, not one of those who attended the Scarvey in their short-sleeves would’ve left disappointed following an entertaining contest.

Malin’s point takes them onto 21 for the season and although they might still be joined on that total by MacCumhaill’s and Downings, the record of Michael Byrne’s side in winning against both those sides on a score difference of +10 means they cannot be caught.

They were certainly given a fright by Gary Duffy’s Buncrana, who came from three down with two minutes to play to lead by one in injury time - thanks to a goal from substitute Adrian McColgan and then a point from Darach O’Connor. However, Josh Conlan tied it up and although both teams missed a chance to win it, a draw was fair enough for all. 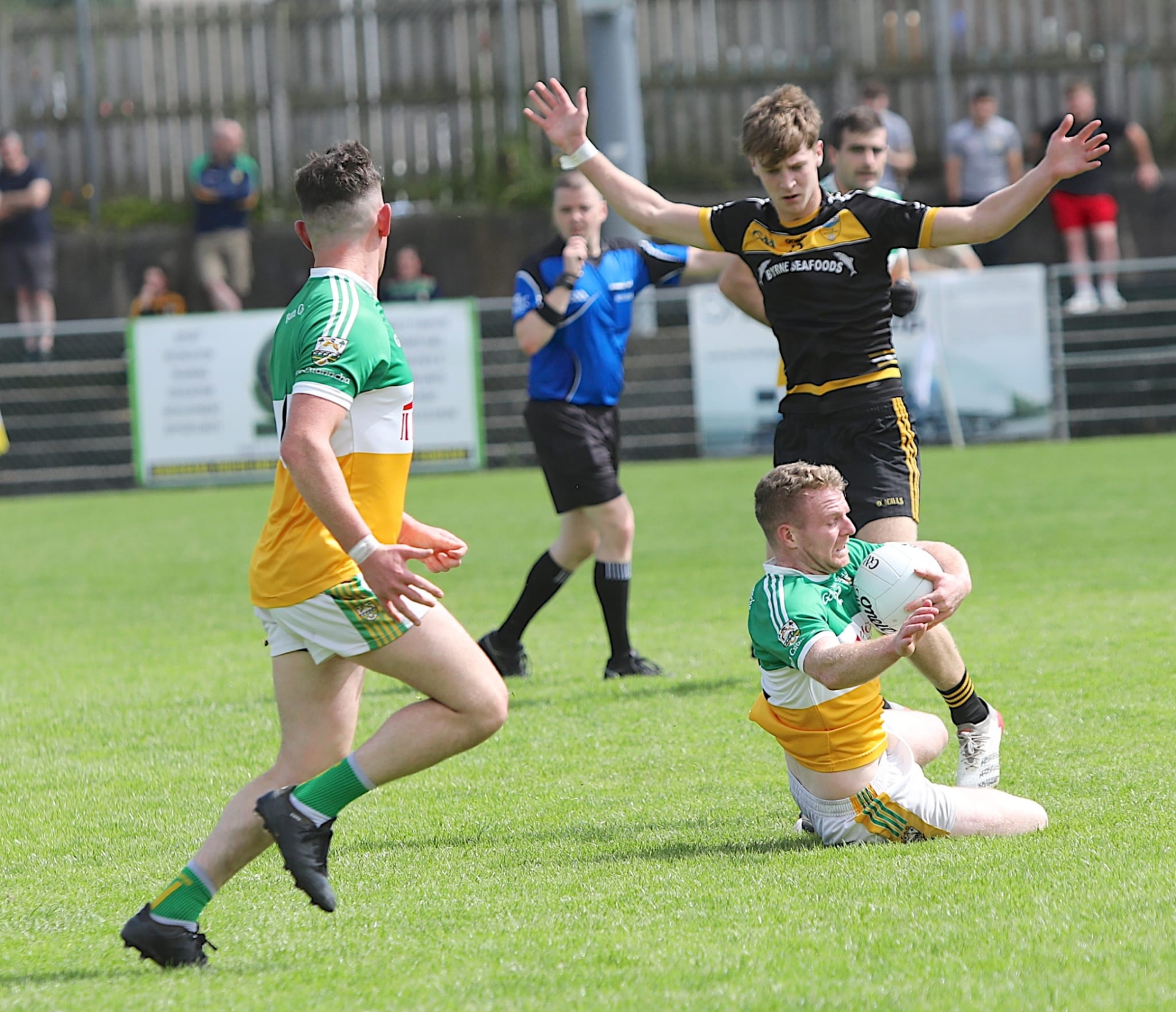 The score was tied at 0-5 to 0-5 late in the first half when Malin struck a crucial goal to go in at the break three points to the good. It came from Conlon, who was the first to react when a well-struck free from Christy McLaughlin from an almost impossible angle came back down off the upright.

Benny McLaughlin pushed it out to 1-6 to 0-5 just 15 seconds into the second half before Buncrana started to pop over the points. Scores from Oisin O’Flaherty, a Caolan McGonagle free, followed by a 45 from goalkeeper Harry Doherty brought the home side back to within one. 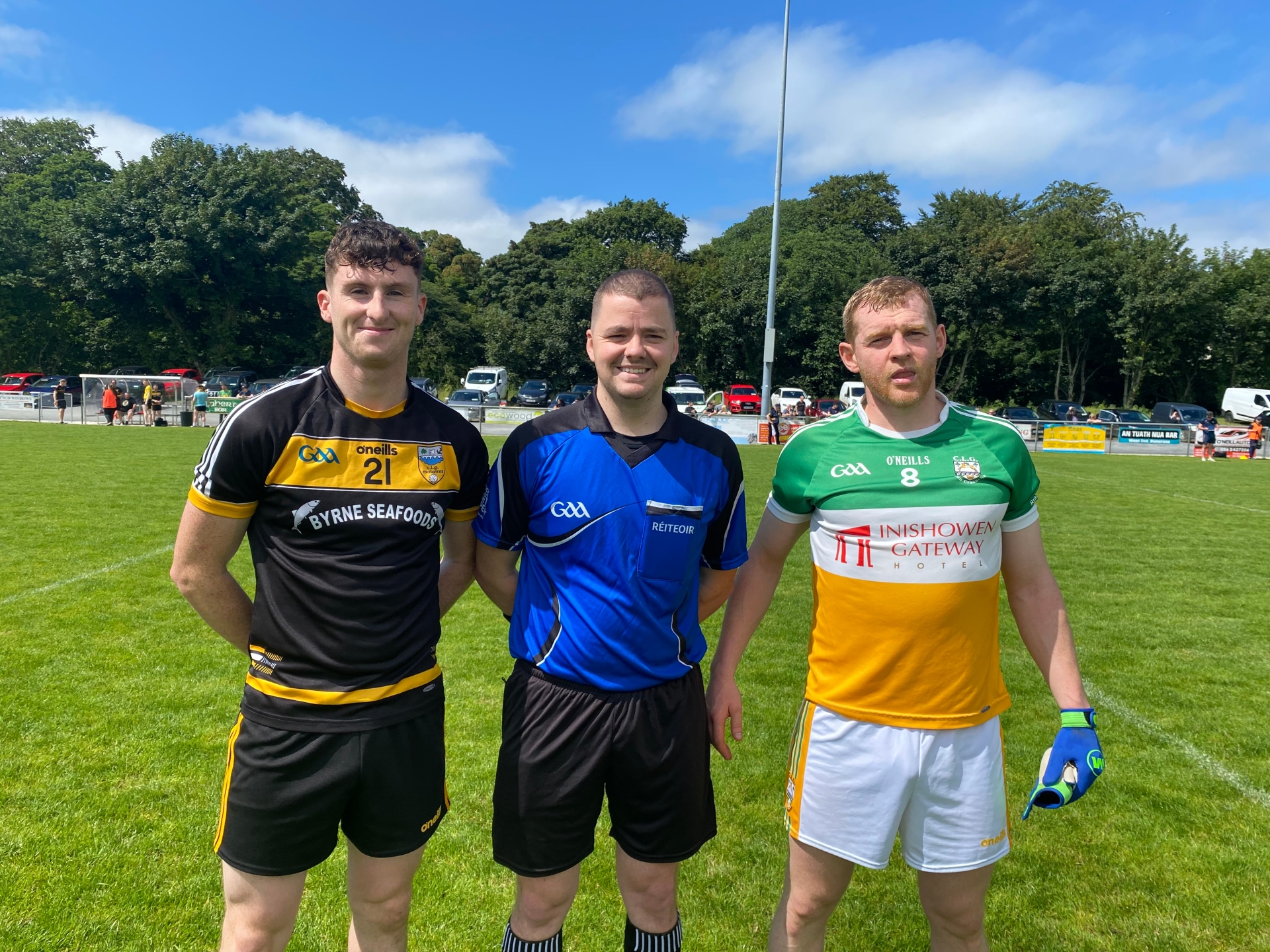 Malin almost posted a goal to create a margin again when Benny McLaughlin got in, only for him to make the space to shoot and plant the low belter wide, with some of the visiting support on the Oakfield Close side of the ground celebrating a goal for a second.

Then, moments later, Conlan went on an amazing run, where he dummied and shimmed his way past six defenders only for Oisin Crawford to make a goal-saving tackle as the away team appealed for a foul.

However, after a curling free from Christy McLaughlin, Oisin Hegarty and then a stylish O’Connor point brought Buncrana back on terms at 0-10 to 1-7, with 14 minutes to play. Again, though, the Malin response was commendable, as Terence Doherty got away down the left. His centre seemed too close to Buncrana goalkeeper Doherty, who had to commit, but lost the race to Benny McLaughlin who rounded to tap into the empty net.

Ciaran Dowds' Burt continued their excellent form this season with victory in the All-County Football League Division 3 final against Naomh Bríd, who are also on the way up

Malin then went four in front, with a score from a breakaway that was finished off by Daniel Houghton and they looked home and hosed. Buncrana rallied though and the late action made sure it went right to the wire.