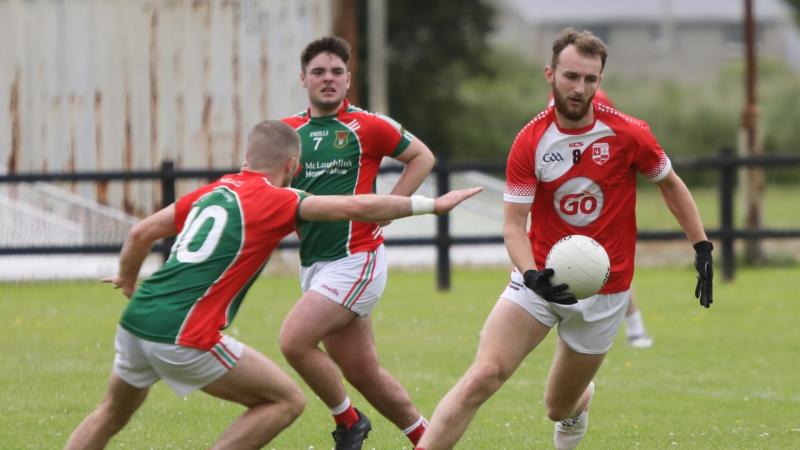 Naomh Colmcille let a five-point lead slip in the closing stages as Carndonagh finished strongly to earn a share of the spoils in Newtowncunningham.

With Stephen Davenport having left the Pairc Cholmcille club last month, Mark Callaghan, who managed the side last year, stepped in for the day and despite the late concessions would’ve been reasonably satisfied with their day’s work.

Carndonagh too would’ve gone up the road not overly disappointed, with both sides missing plenty of players and neither in contention for the promotion spots, there was plenty of youth on show. Christy McDaid led the line impressively, scoring 1-7 for the visitors.

The visitors settled much the faster, kicking three points in the opening four minutes, through James Monagle,  Eoghan Ó Ceallaigh and McDaid. 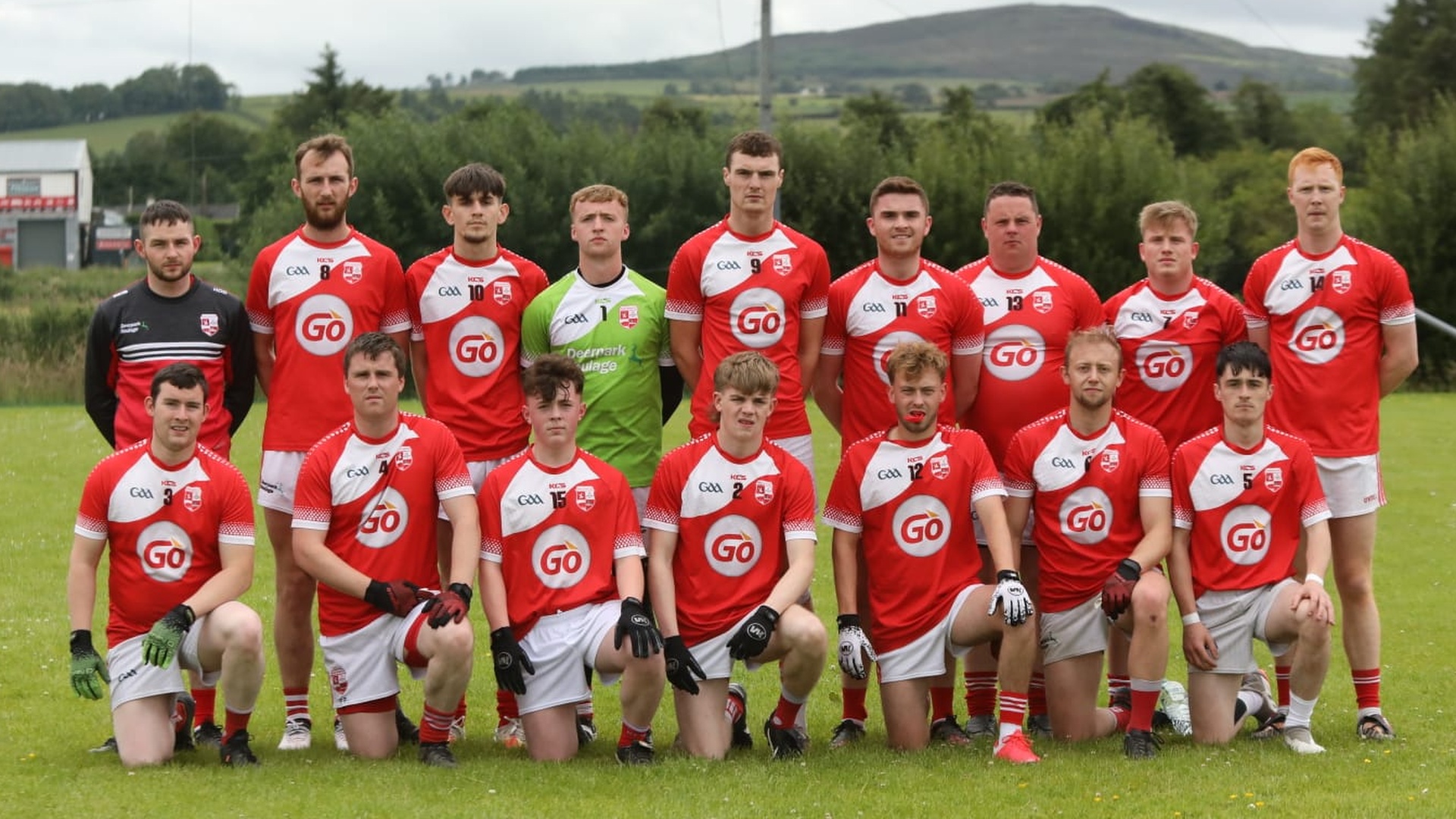 Naomh Colmcille then settled and hit four on the bounce to edge 0-4 to 0-3 ahead. Clarke got them going with two before Jacob McDaid and Eddie Gillespie found their range.

The back and forth nature continued with McDaid and Mark Scott hitting the next two scores for a slender Carndonagh lead and McDaid, who cut inside on 24 minutes, almost scored the first goal of the day, only for Matthew Whoriskey in goal to get behind the shot.

It was the second goal chance of the half for the team managed by Padraig Doherty, who also saw Jason Fitzpatrick clear off the line after a flowing Carndonagh move that ended with Stephen Gallagher’s shot.

Another couple of McDaid scores had Carndonagh 0-7 to 0-5 in front before the hosts managed a goal to change things. It came courtesy of Clarke, who decided not to mark a ball in from Keenan Diver and rammed home for Naomh Colmcille.

A point from Cian Burke meant it was all square at the break, Naomh Colmcille 1-5 to Carndonagh 0-8.

McDaid pushed Carndonagh ahead after the restart, only for the next six scores to come from Naomh Colmcille to go into a 1-11 to 0-9 lead. Clarke was pivotal to that streak, as was the impressive Stephen Gallagher who constantly drove his side on from midfield. Jordan Gallagher and Gillespie’s second point made for the five-point lead with 14 to play. 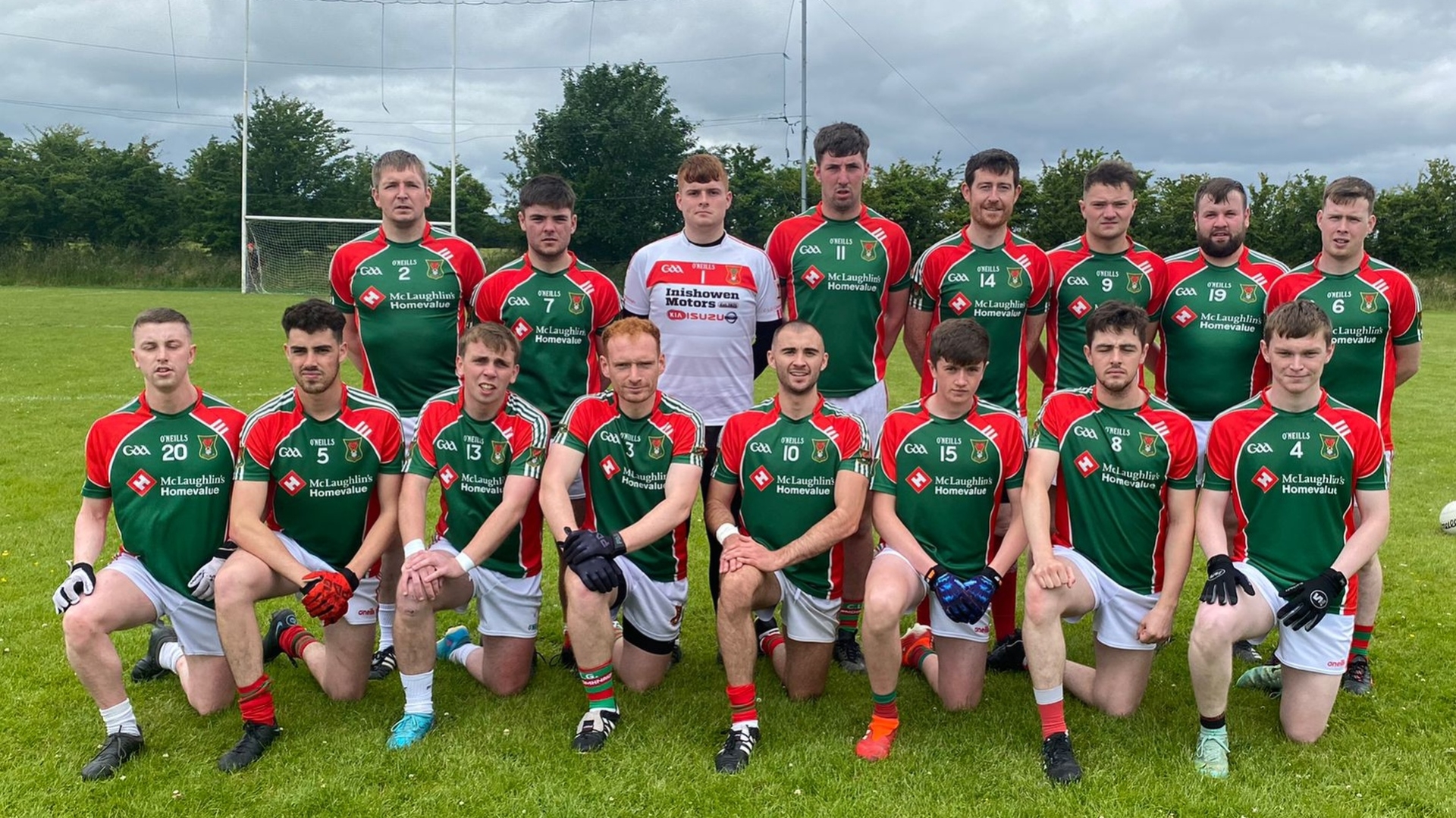 McDaid and Scott stopped the rut for Carndonagh before another Clarke free meant Naomh Colmcille were 1-12 to 0-11 ahead on 51 minutes.

McDaid’s goal on 55 swung the balance when he put the finishing touch on some good build-up play for Burke, Darragh McCormick and Ó Ceallaigh. With one between them, McDaid pointed from a free for a share of the spoils as Clarke was black-carded in injury time.