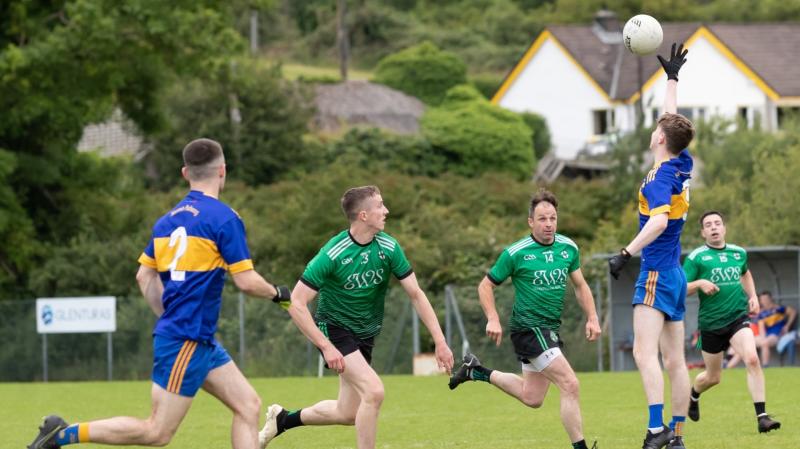 Naomh Bríd sealed their promotion from Division 3 of the All-County Football League with a five-point winning margin in Ture on Saturday against a Naomh Padraig Uisce Chaoin side missing a clatter of players.

The victory moves the Trummond-based team onto 20 points from their 11 outings, with a winning streak of 10 on the bounce following on from their opening day defeat at Naomh Colmcille.

At half-time the score was 1-5 to 1-4 for the visiting team, with Declan McCafferty on target for the south Donegal outfit and Alan Clarke netting for the hosts.

Three points apiece over the course of the evening from Callum Gallagher and Darragh Brogan ensured Naomh Bríd pulled further clear in the second half, with Johnny Toye registering three for the Inishowen side.

Burt’s win on Sunday moved them ahead of Naomh Bríd, with the two sides due to meet in the last series of fixtures, in what will be a dress rehearsal for the Division 3 final.