The Foden-based side have enjoyed their trips to Convoy over the last week, with the club adding the U-17 Division 1 League title to last Friday's U-13A Championship success 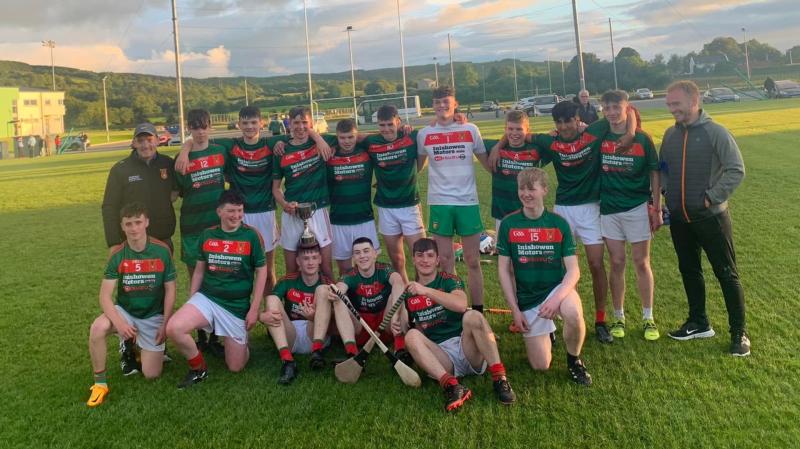 A storming final quarter surge saw a gritty Carndonagh side edge out Aodh Ruadh in an exciting County U-17 Division 1 final at the Convoy Training Centre.

The Inishowen side showed character in spades by coming from six points behind early in the second half to add to their U-13A Hurling Championship success last Friday.  So, these are great days for this remarkable Inishowen club and the famous Doherty clan who do so much to keep the club competing well on many fronts. 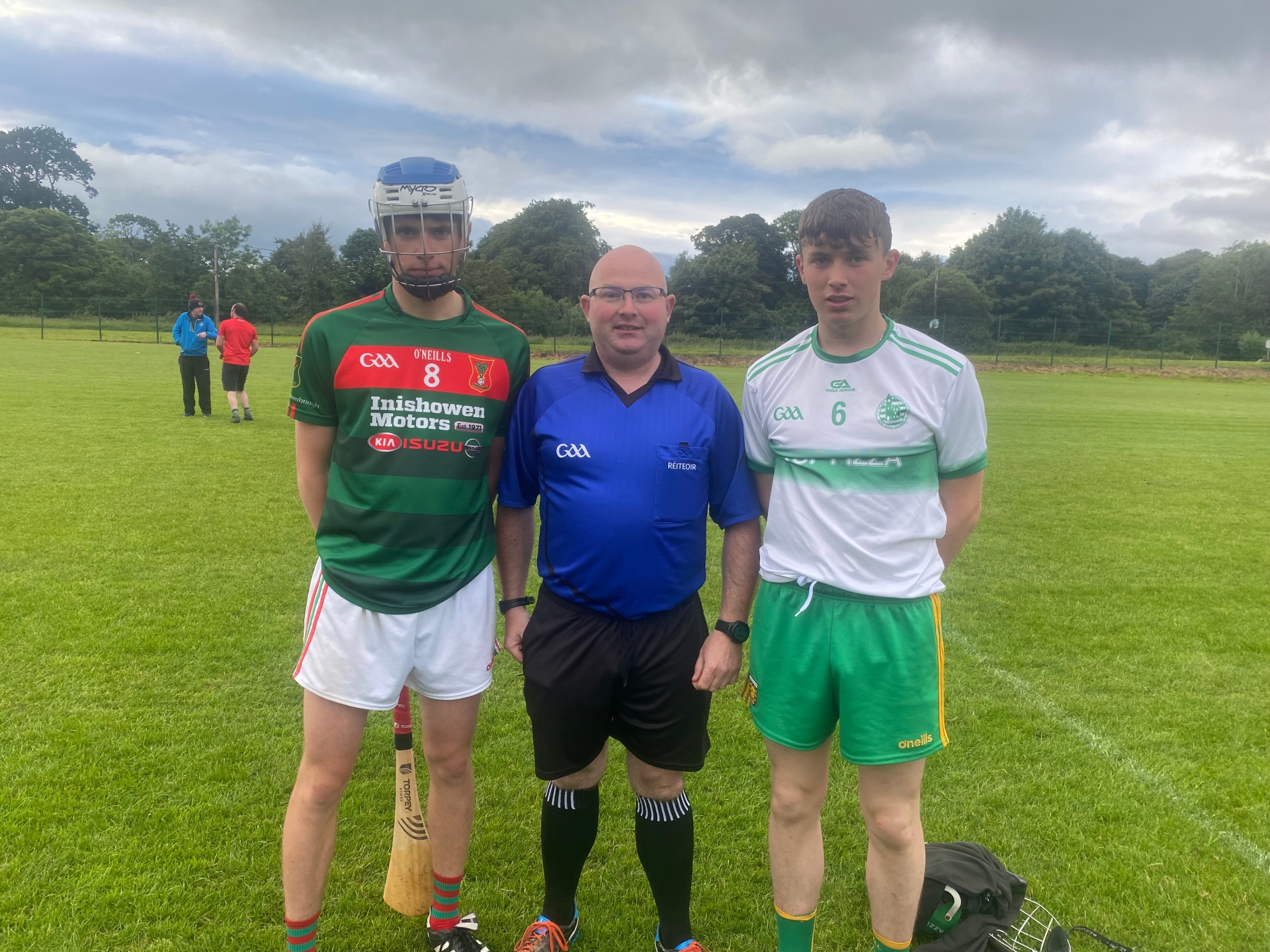 And while Carn deserved this victory for their courage alone, there was huge controversy with referee Ciaran O’Neill at the heart of a decision that was a real turning point. Aodh Ruadh, who were the better side for 45 minutes, were leading by 1-9 to 1-6 with 12 minutes left when one of their players was clearly fouled on the sideline.

The linesman signalled for a free, but referee O’Neill did not respond and signalled for a line ball. From that line ball, Carndonagh, who were growing in confidence, scrambled a goal from corner forward Harry Nelson. The large vocal Aodh Ruadh support made their displeasure known.

But they could have few complaints thereafter as Carn looked the better side and Davin McLaughlin and Ben McDaid hit the clinching points. Aodh Ruadh had chances but will rue a total of nine wides over the hour to their opponents’ five.

Aodh Ruadh played with the breeze in the opening half and went into a 1-2 to 0-2 lead by the seventh minute thanks to points from Cian McKenna and the gifted Corey Sheridan, with Davin Tully and Cormac McGinn replying with pointed frees for Carndonagh. 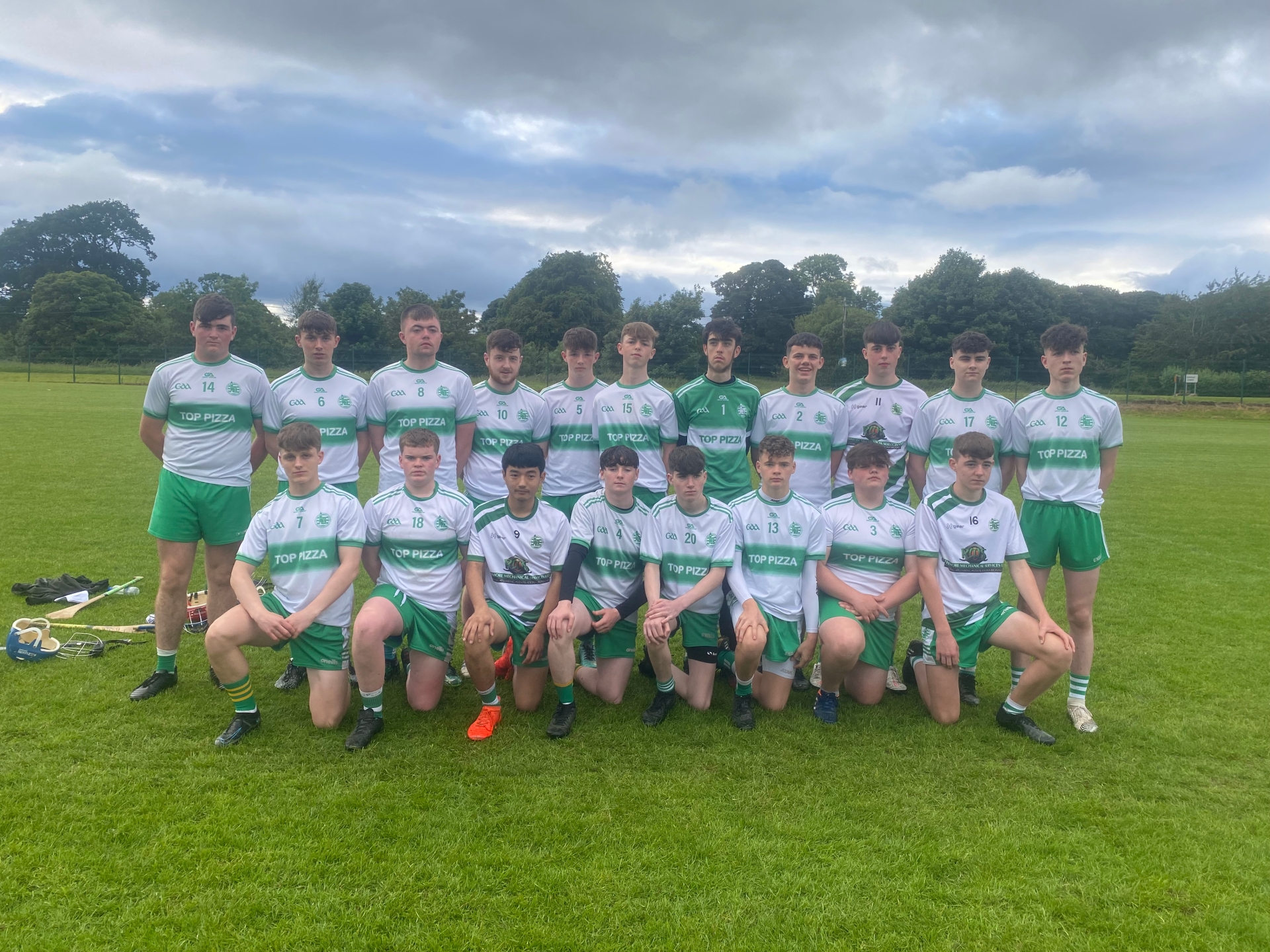 Aodh Ruadh got a somewhat lucky goal in the 10th minute when a long ball from sweet striking midfielder Thomas Winters was fumbled by Carn keeper Brendan O’Carroll and Ballyshannon full-forward Killian McPhelim shepherded the sliotar over the line.

Corey Sheridan weighed in with more scores as Davin McLaughlin replied for Carn as Ballyshannon led by 1-6 to 0-4 at the break.  But it got even better for Aodh Ruadh on the resumption, as Winters made it 1-7 to 0-4.

And they led by 1-9 to 0-6 midway through the half as Sheridan was again on target along with Doogan while Michael Noone and McLaughlin responded for Carn.

But Carn were growing into the game and they got a huge boost when wing-back Altan McDermott hammered home a great shot to the top of the net for a goal and it was game on.

And it was all Carn thereafter but Aodh Ruadh also hit a few wides as they tried to come back but time ran out and Carn’s sheer character earned them a precious victory.