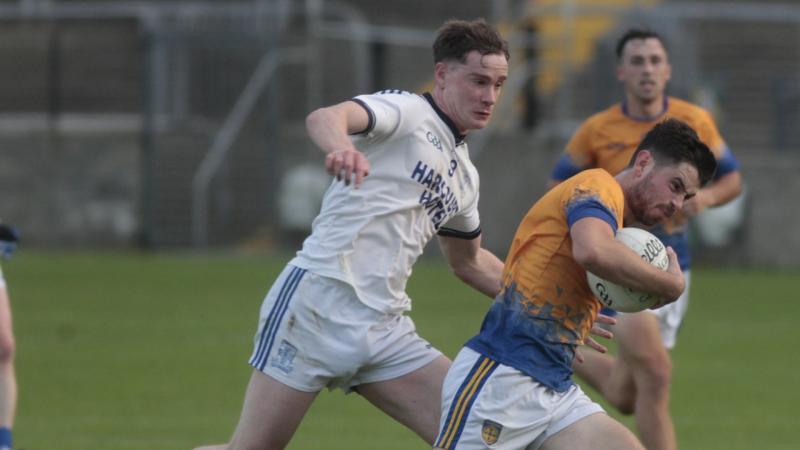 The Brian McCormick Sports Division 1 title race reaches its penultimate stage this weekend and by Sunday evening the two teams that will contest the Democrat Cup final could be known but it is probably more likely that it will go down to the final weekend.

There are four teams still in contention in holders Naomh Conaill, Kilcar, St Eunan's and Aodh Ruadh. Naomh Conaill and St Eunan's meet in Glenties on Sunday and for the Letterkenny side to remain in contention, they have to win. Even with a win,
they would not be guaranteed to make final.

Naomh Conaill and Kilcar are in pole position for that decider. If they win their two remaining games, they will contest the final. After St Eunan's, Naomh Conaill travel to St Michael's for their final game. Kilcar play Killybegs this weekend and their final game is away to Glenfin.

Aodh Ruadh are still in with a chance but they must win their two games (away to Bundoran this Sunday and home to Termon on the final weekend). They would also need Kilcar to slip up and drop a point in their final two games.

At the bottom of Division 1, the big game is Glenswilly where St Michael's are the visitors. The Glen men need points and are probably in the best place as regards avoiding the drop as after St Michael's they play second from bottom Ardara away. They have it in their own hands.

It would seem as if Cloughaneely and Bundoran, on nine points, are safe at this stage. Ardara have a free weekend before their final clash with Glenswilly. The best they can wish for is a relegation play-off, while Killybegs are also in a perillous position, playing Kilcar this weekend and Cloughaneely at home in the final game.

DIVISION 2
Malin took another step towards promotion at the weekend in Division 2 with their win over St Naul's. They have two games left and need one more win to make sure. The battle for the other two promotion places is between Na Dunaibh (who have faltered in recent weeks), MacCumhaill's, Milford and Naomh Columba.

This Division because of the extra team, has fallen behind the other two and will not be completed until the third week in July.
The battle for relegation is equally interesting with St Naul's looking in dire trouble, needing at least two wins from their last three to have the possibility of a play-off to save their skin.

Moville are in much the same position and St Mary's, Convoy are deep in trouble also. Red Hugh's, with some good recent results, which have coincided with the return of Stephen McMenamin to their side, are making strides to get out of trouble, but may have to settle for a relegation play-off.

DIVISION 3
Burt put themselves back in pole position on Sunday, winning their top of the table clash with Naomh Muire in Hibernian Park.

The Lower Rosses men are still in the hunt along with Naomh Brid, Na Rossa and Naomh Colmcille.
Burt's final two games are home to Na Rossa this weekend and away to Naomh Brid on the final weekend. Those two games could decide some of the issues, but Burt know that if they win this weekend they will be promoted.

And the likelihood is that if Naomh Brid can win on the road against Naomh Padraig, Uisce Chaoin, they are well on their way to the league decider and promotion as well, which would leave Naomh Muire, Na Rossa and Naomh Colmcille fighting for the promotion play-off places. Na Rossa have a busy weekend as the are playing on Saturday and Sunday, away to St Eunan's on Saturday and away to Burt on Sunday.