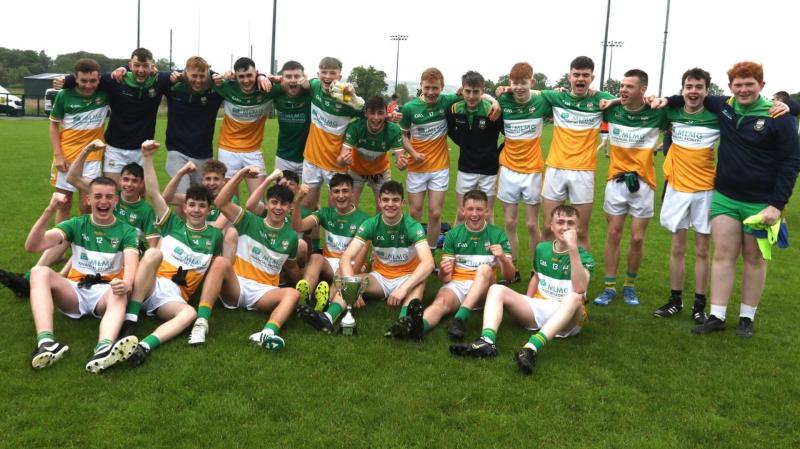 Buncrana celebrate their victory in the U-17 League Division 2 final in Convoy. Photos Thomas Gallagher

Dylan Mulholland kicked eight points for the Inishowen side, who led 0-6 to 0-3 at half-time, with their lively centre-forward scoring all six. St Naul’s were the ones facing a pretty awkward first half breeze, which came across the pitch, and wouldn’t have been overly disappointed with how they found themselves at the break. 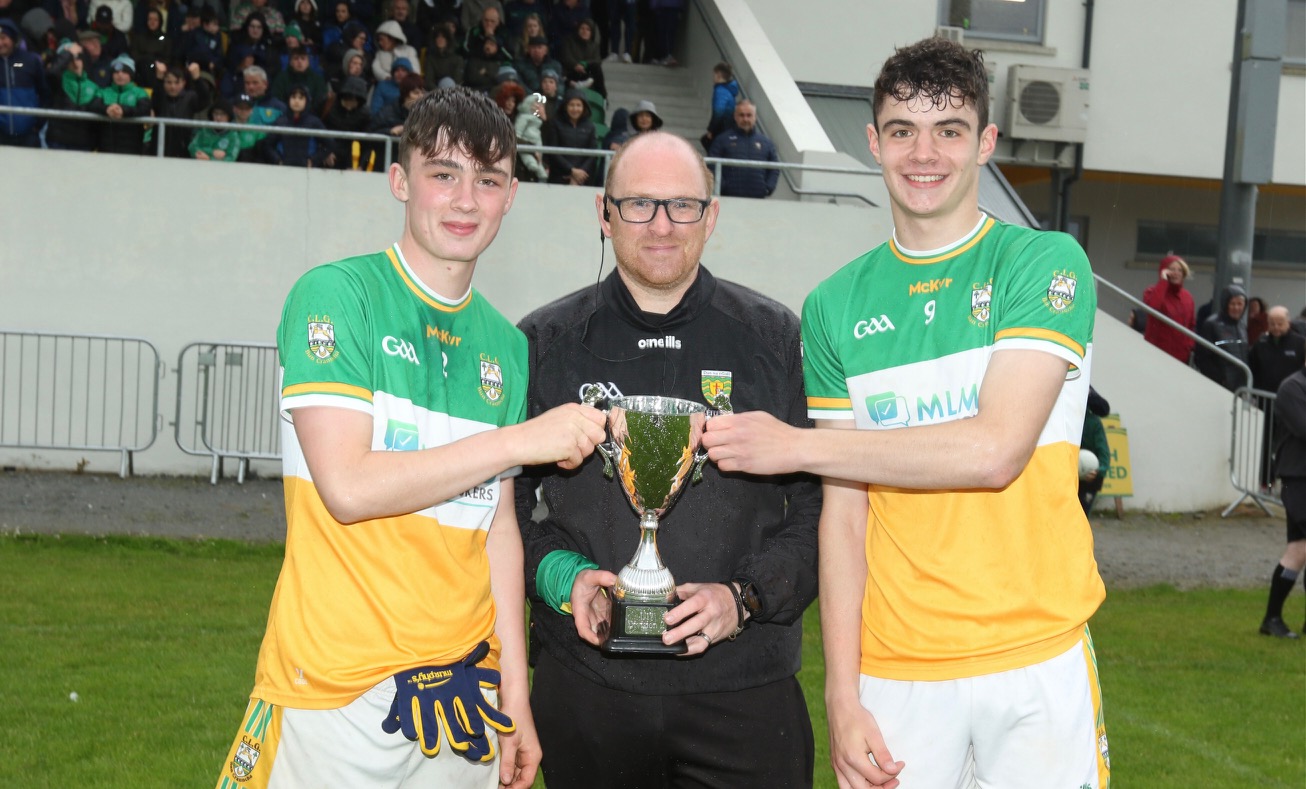 When Buncrana lost the influential Sean McLaughlin to a sending off eight minutes into the second half, with their lead having been eroded down to two at 0-7 to 0-5, the betting man might’ve favoured St Naul’s.

However, Buncrana stood firm and grabbed the only goal of the game, through Donal Óg O’Brien was massive to get 1-7 to 0-6 in front with 46 minutes played. And from there they saw it up, with the 14 men playing with intensity as not to show their numerical disadvantage. 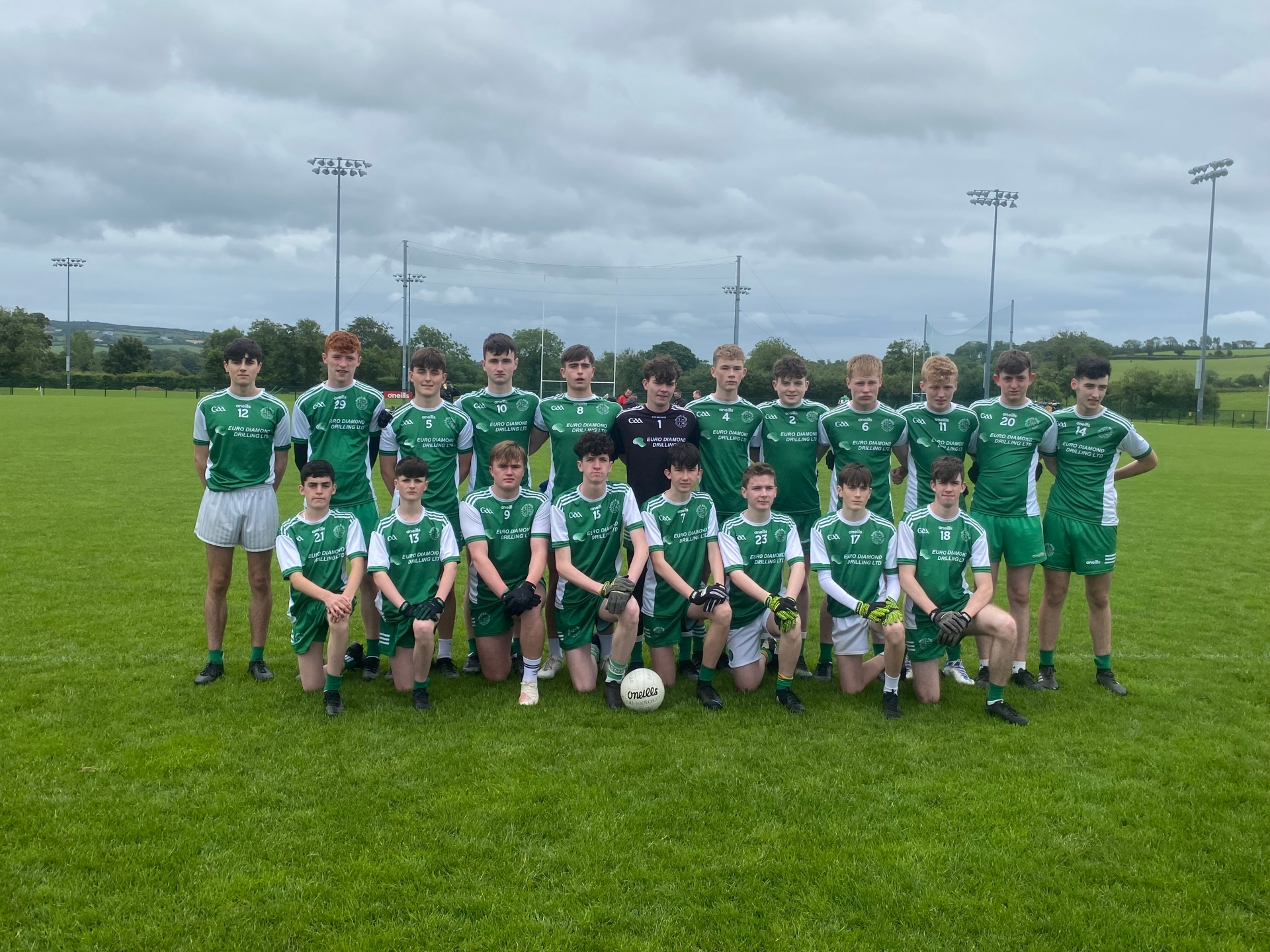 In the opening half, it was all about Mulholland, as he scored the first three points on a June evening that felt more like November at the Donegal Training Centre. St Naul’s were having difficulty in getting up the field, although fashioned a goal chance when Kian McCabe’s first pop at goal was blocked by Sean Daly and his second ended up hitting the butt of the Buncrana post.

McCabe marked to score St Naul’s first point on 14 minutes, which pulled it back to 0-3 to 0-1. Buncrana were dominant, though, although Peter McLaughlin and his management team would’ve preferred to have had a bigger lead than the three-point one they had at the break. Daniel Coughlan’s two late points had given the scoreboard a better look for St Naul’s, who hadn’t kicked a wide while Buncrana stacked up seven in the opening half. 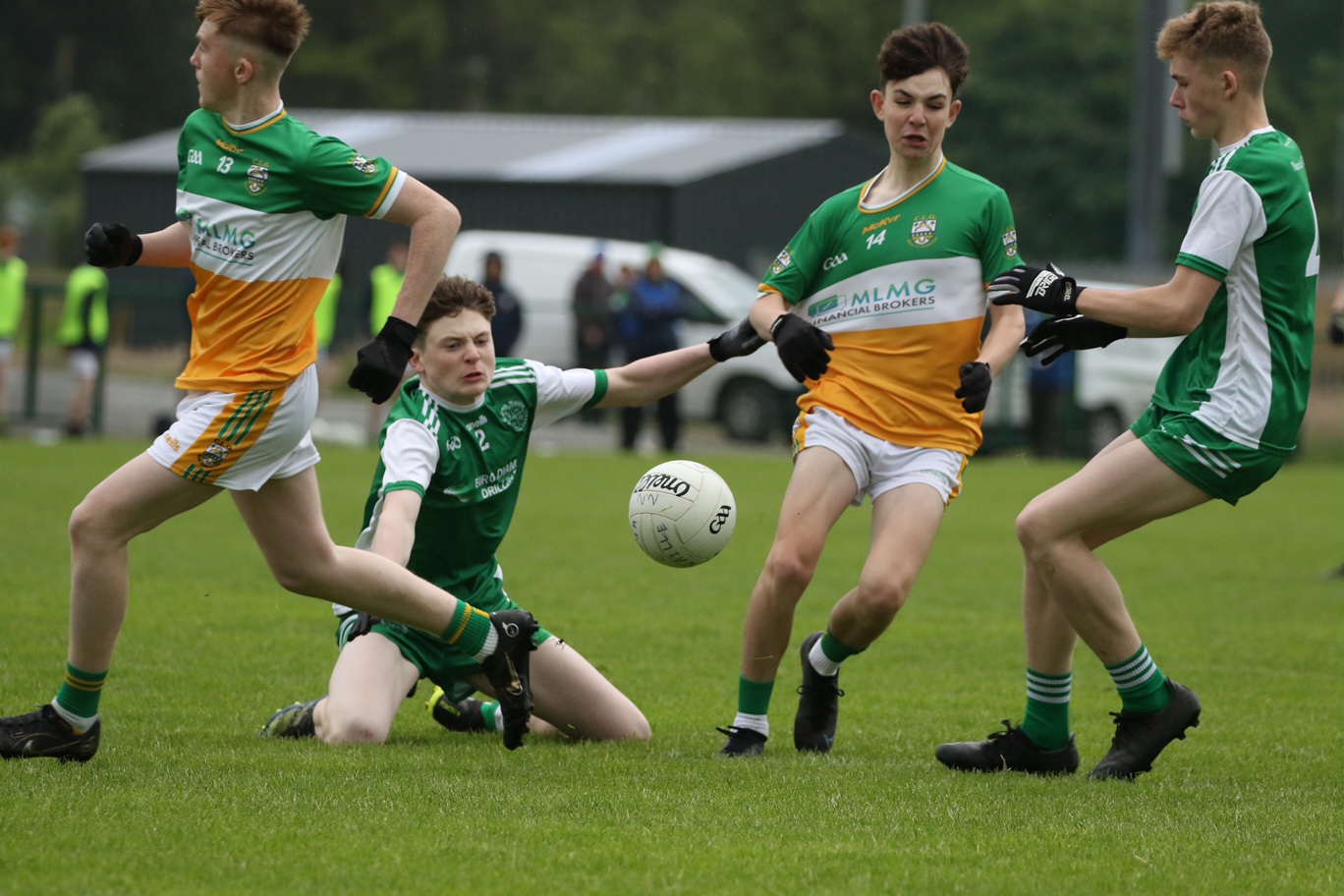 Having changed ends, it was up to St Naul’s to make the indent and Niall Prenderville and Jonathan O’Driscoll hit the first two points to get them back to just one down, 0-6 to 0-5. Sean McLaughlin replied with a fine point on the run. Moments later, though, he was dismissed and it was wide open.

An O’Driscoll free pulled it back to one again only for O’Brien to get the slightest touch on a pass from PJ Doherty for the all-important Buncrana goal. O’Driscoll at one end and Doherty at the other traded points, so Buncrana were 1-8 to 0-7 up with five to play. And although Kevin Rose posted two scores for the Mountcharles-based team, Mulholland got back in on the scoring act to seal the win for Buncrana. 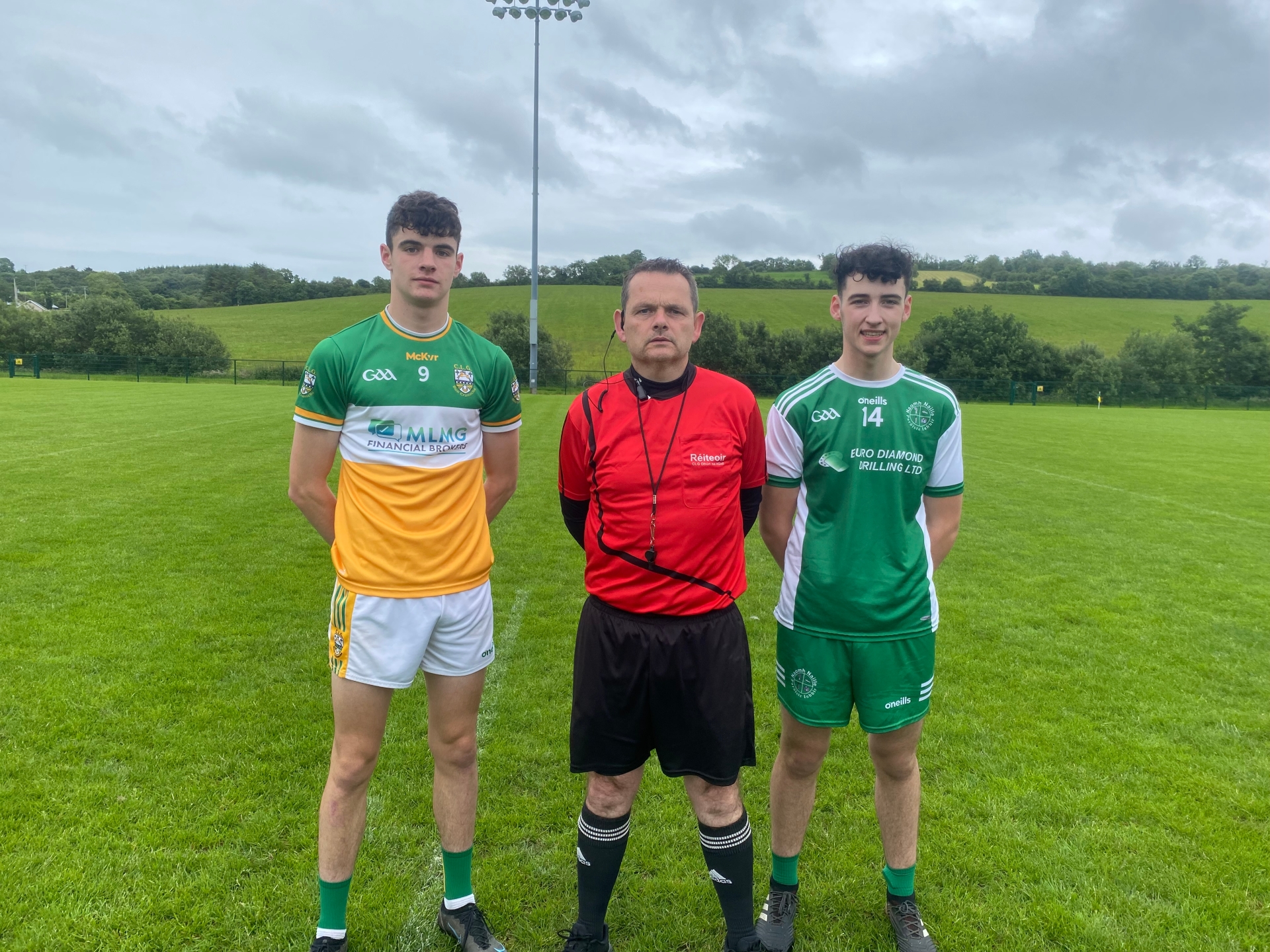