The Donegal midfielder was in excellent form in the Inishowen derby, kicking 2-4 for Buncrana 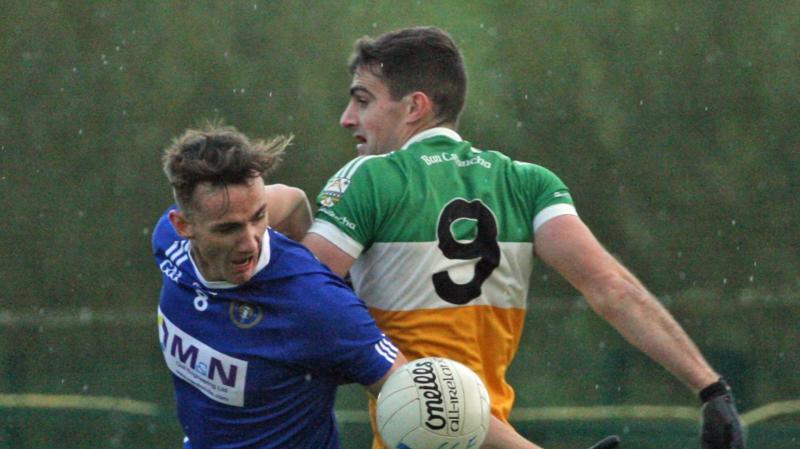 With Caolan McGonagle driving them on, Buncrana claimed the win and two precious league points in their meeting with Moville, in Pairc Na Carraige Moville on Saturday evening.

County man McGonagle lorded in the middle of the field and capped a truly outstanding individual performance with a personal tally of 2-4 in a man of the match performance.

Moville who are struggling at the wrong end of the table put in a spirited performance and they were still in the game as they trailed by just three points at half time. Buncrana led 2-6 to 1-6 at the interval.

Shay McLaughlin and Michael Leech scored the Moville goals and Ciaran Diver chipped in with three points as the locals chalked up a big score.

Their final tally of 2-11 should be enough to win most games. However their Achilles heel was they conceded even more.