Waterford led by four points at a stage, which left Donegal in a sweat, before Cork came back to win which means Donegal reach the last eight behind the Leesiders 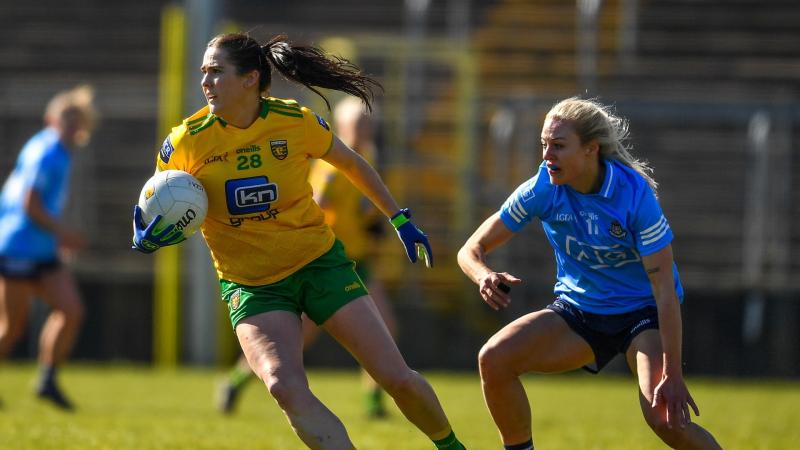 Donegal's place in the quarter-finals of the TG4 All-Ireland Senior Championship was confirmed with Cork's 2-10 to 1-5 win over Waterford this evening.

Doireann O’Sullivan shot 1-7 and Cork survived a stern test of their credentials with victory at MW Hire O’Moore Park in Portlaoise. Shane Ronayne’s side had to come from four points down against their Munster rivals before securing their place in the quarter-finals as Group D winners following a double-scores result.

Maxi Curran's Donegal will play Dublin, who defeated Mayo 2-14 to 1-7 to win Group A, in the last eight. The victors from that will play either Galway or All-Ireland champions Meath. The other last eight ties see Kerry face Armagh and Cork take on Mayo.

The relegation play-offs have Cavan paired with Westmeath and Monaghan due to play Waterford.

The most recent meeting of the sides came in March in the Lidl National Football League Division 1 semi-final, where Donegal struck late goals through Emma McCrory and Yvonne Bonner to win out 2-8 to 1-10.