In the opening fixture of the 2022 Donegal SHC, Buncrana had Jack O'Loughlin back on board and they were convincing winners at Aodh Ruadh 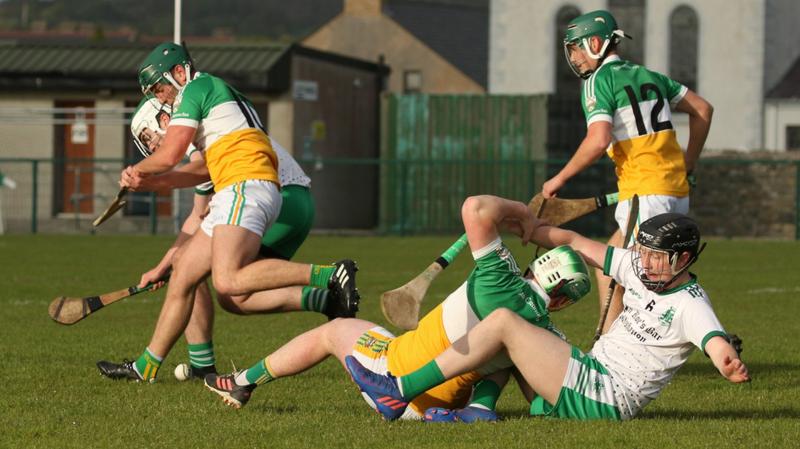 Aodh Ruadh’s return to senior hurling championship was not a happy one as they succumbed to a much stronger Buncrana side on a chilly May evening in Pairc Aoidh Ruaidh.

The Inishowen team made light of the long journey and took command from the start against the Ballyshannon team. Buncrana welcomed back county player Jack O’Loughlin, who was a commanding figure throughout.

Equally impressive was Oisin Grant who hit two early goals for Buncrana to give them the perfect platform that they never lost. Aodh Ruadh replied through some well taken frees from Aaron Cullen and Brendan Drummond, while Ryan Ayres and Kyle McNulty shone in patches.

A night of celebration as 2021 Sports Star Awards are presented

Buncrana had a superb start with Grant causing real panic in an inexperienced Aodh Ruadjh defence.  The right-half forward had notched two goals - both well finished by the 5th minute with Cullen replying with two pointed frees for Aodh Ruadh.

It got even better for Buncrana when big full forward Paul Tourish found the net after a clever pass from Grant.

Buncrana were on top in all departments, winning the puck outs and the individual jousts and were well worth their half-time lead of 3-4 to 0-5 with young Kyle McNulty hitting a fine effort from the side-line.

The visitors had the benefit of the slight slope in the second half and grabbed their fourth goal in the 40th minute when former county man Dylan Duffy’s shot deceived Ballyshannon keeper Ciaran Daly.

The game was well over by this stage with O’Loughlin, Caolan O’Neill and youngster Fiachra Gill on target for the visitors. Brendan Drummond tried hard to rally Aodh Ruadh and he was well supported by Ayres and Keenaghan, but Buncrana  cruised to the easiest of victories.