Donegal County Board Chairman Mick McGrath said there has been a huge demand with over 15,000 tickets already sold within the county for the clash against Derry 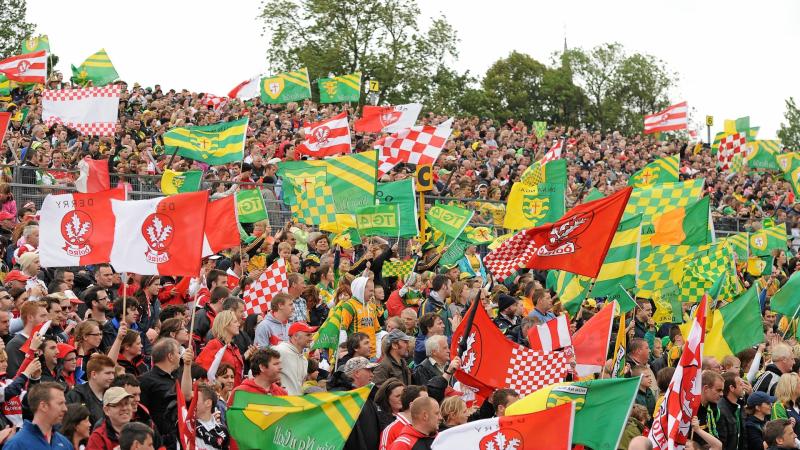 Donegal GAA have sold over 15,000 tickets within the county for Sunday’s Ulster SFC final against Derry.

Declan Bonner’s side take on a Derry team under the management of former Donegal boss Rory Gallagher with a huge demand for tickets for the fixture at St Tiernach's Park, Clones, which can accommodate  28,750 supporters.

“It is a record for an Ulster final,” Donegal chairman Mick McGrath said. “I have seen us heading up the road before with maybe 10,000 or 11,000 sold, but 15,000 is by far and away the biggest ever uptake in the county. There is a huge interest in the game as can be seen when you go around the county.

Declan Bonner had never played competitive football until U-14, yet before finishing secondary school he had captained Ireland been offered a contract at Celtic by Billy McNeill, only to never get the chance to sign. Instead he's given Donegal GAA 40 years service and he hopes there's more to come

“The fact we have not been able to get out for big games for the last few years means people are mad keen to go to live games again.

“The two stands, the Gerry Arthurs and Pat McGrane, were sold out at the weekend and there were still a few tickets available for the Eastern Stand and terrace on Monday evening but I suspect they are gone by now.”

As early as Monday, Ulster GAA stated: “It is unlikely that any further tickets will be available on general sale online or in stores, due to the large requirement of county committees and clubs from the participating counties.”