Hegarty and O’Flaherty score the goals as Buncrana beat Milford 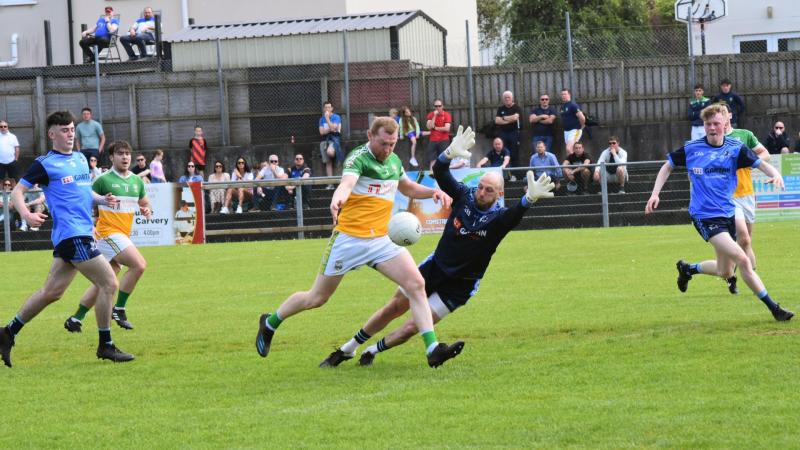 Tom Comack at the Scarvey

Buncrana clocked up another valuable league win with a four-point victory over Milford at the Scarvey.

Oisin Hegarty and Oisin O’Flaherty scored the goals both in the first half with Hegarty’s strike the opening score two minutes into the game. 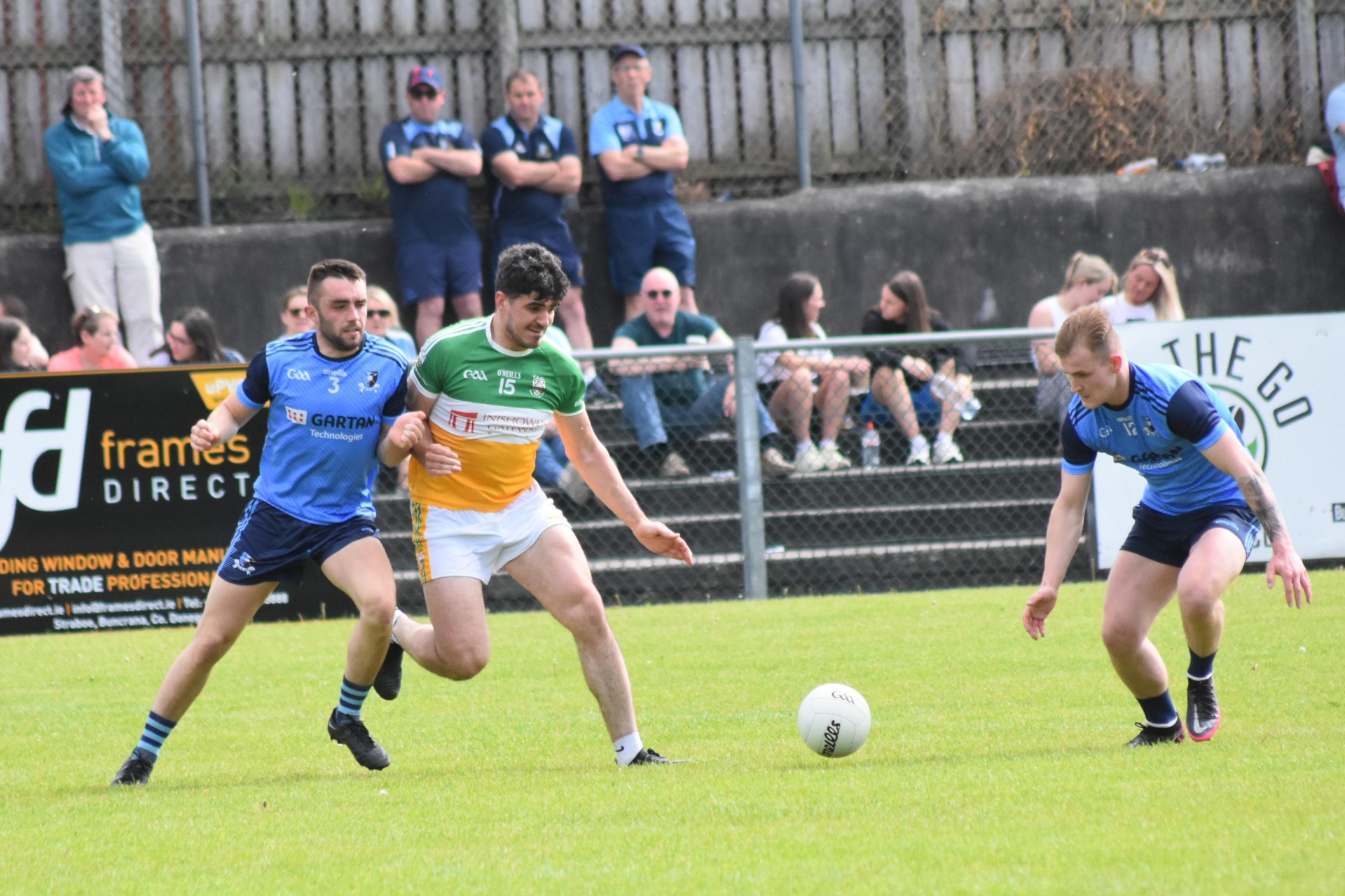 And the evergreen O’ Flaherty struck 20 minutes later for green flag number two. He was filling in for Caolan McGonagle, and got on the end of a good move and played a one-two with John Campbell to give Sean Gallagher no chance from close range.

And the home side knocked over two  more  points in the closing 10 minutes to lead by seven points at half-time.  Ryan McElhinney, Campbell (2) and Peter McLaughlin scored the points for a 2-4 to 0-3 half-time score. Cathal McGettigan two and Shane Black one were the Milford first half scorers.

Tony McNamee and Marty Doyle struck two quick points on the resumption for Milford who in the second half had  the stiff breeze in their back.

Matthew Mulholland, who had a fine game at centre half-forward, the raiding Aidan Stokes and Campbell responded to put Buncrana back in the driving seat. All of a sudden the margin was out to eight with 20 minutes remaining. 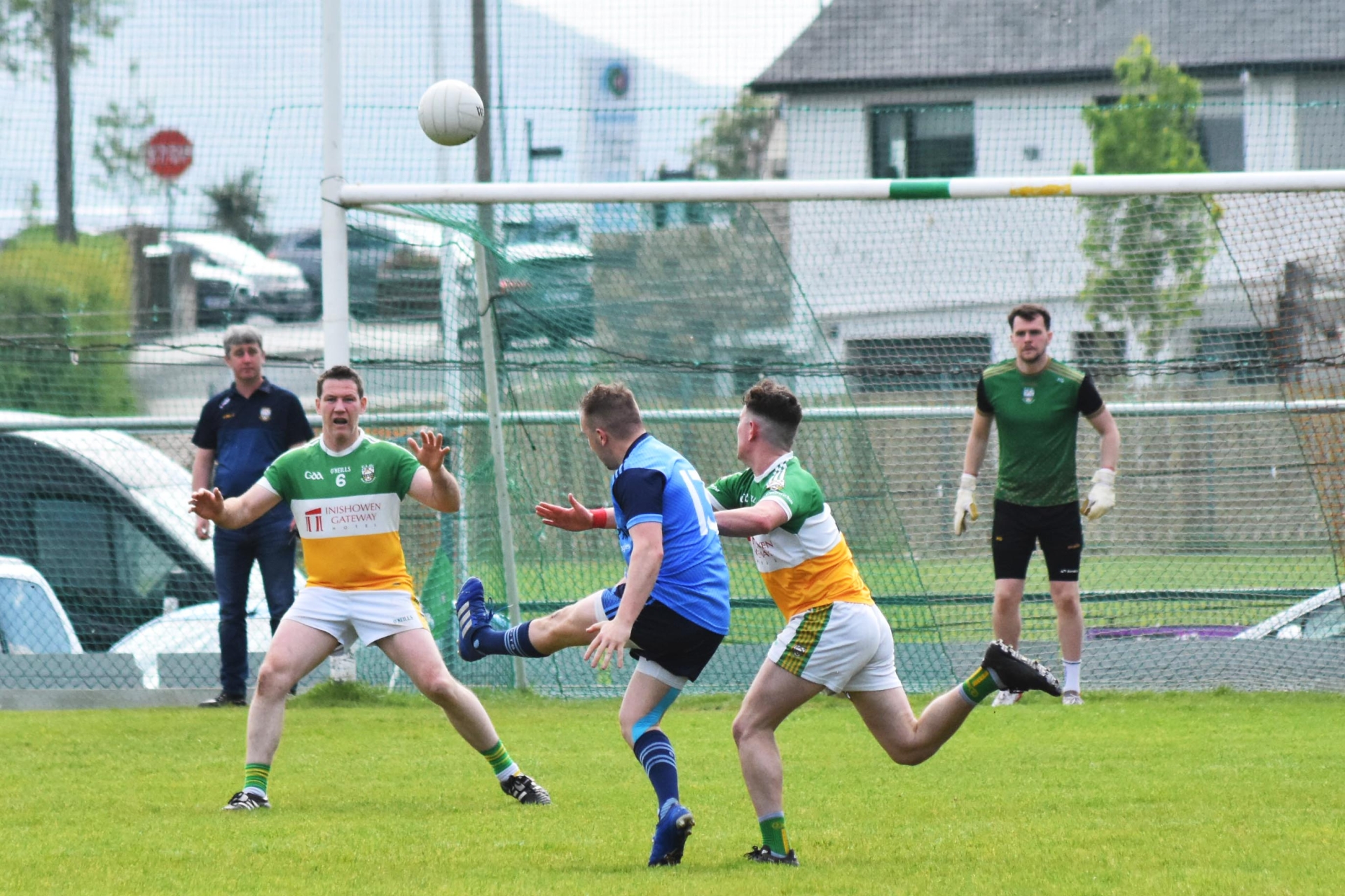 But with Campbell forced off with a shoulder injury Milford came more into the game and while Milford  finished with a late flurry Buncrana managed to keep them at arm's length.