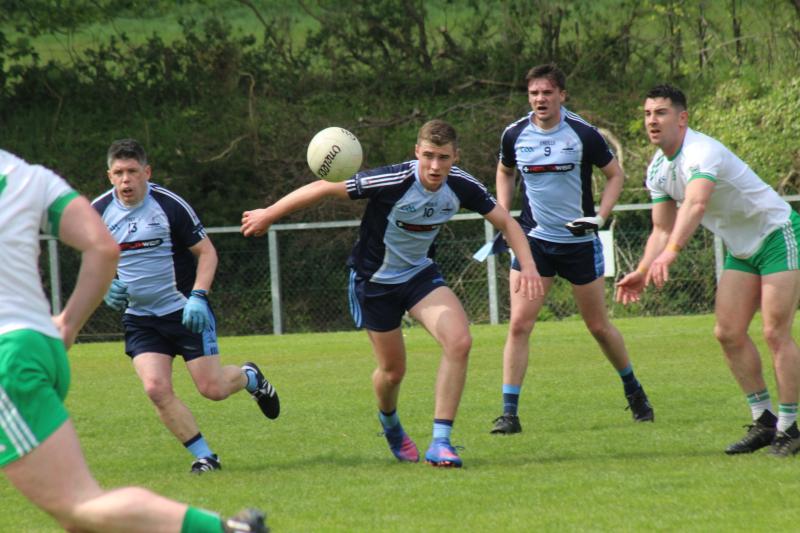 Action from Carrick Field as Gavin Gallagher of MacCumhaill's gets a pass off as Moville's Michael Leech closes in. Photos Christopher Doherty

In a contest that ebbed one way and then another, perhaps it was only fair that it finished in a draw.

However, it was the home side, who put in their best showing of the campaign to date, who were the ones who might feel as though they missed out on the victory. Substitute Dylan Doherty had just kicked Moville’s 17th point before, five minutes into two minutes of injury time, which was bitty, Kevin McCormack levelled it with the very last kick.

Burt are the form team in Division 3 of the All-County Football League and the only side in the county with a 100 percent record, following their victory over Naomh Ultan on the road

It brought McCormack’s total for the day to 1-6, following an impressive hour from the teen, while the home side were driven on by Ciaran Diver, Enda Faulkner and Tony McClenaghan.

It was MacCumhaill’s who settled much the better and with Martin O’Reilly kicking three first half points, were 0-4 to 0-1 up at a stage, then 0-7 to 0-4 before going in 0-10 to 0-8 in front. However, O’Reilly’s forced withdrawal through injury was a blow.

Ryan Coyle made a super save right at the start of the second half from Keegan, although was beaten on 36 minutes when the same player set up McCormack to net and give the team from the Twin Towns a 1-11 to 0-10 lead. 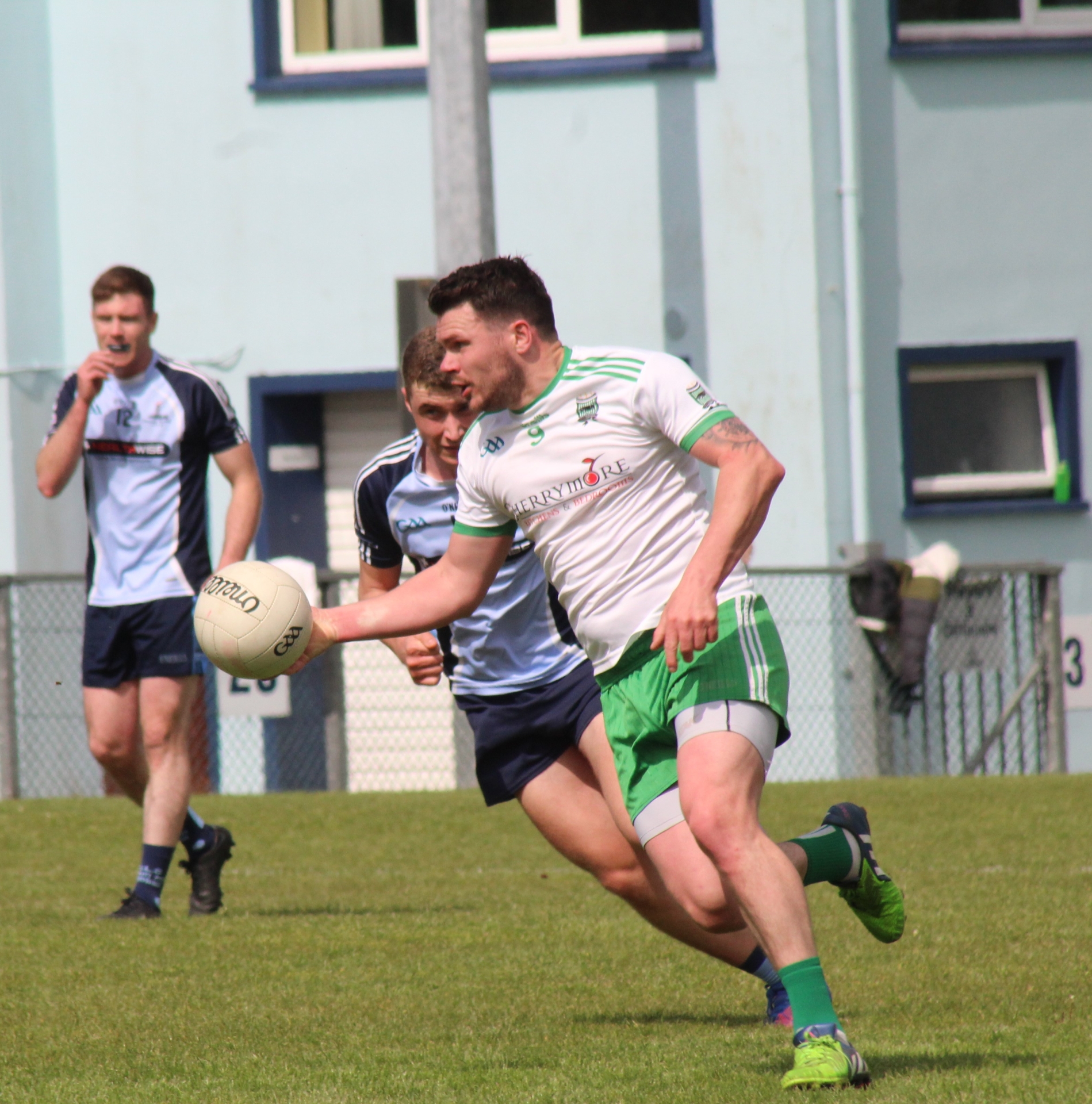 Moville weren’t deflated by that in any means and managed to tag on the next five scores, with two from Diver, Michael Barr’s 45 and a Josh Lafferty brace making for a lead of 0-15 to 1-11.

The lead passed over and then back, with McCormack and Keegan edging MacCumhaill’s in front by one and then Eoghan McLaughlin and Doherty doing the same for the Inishowen team. They thought that might’ve been enough to clinch it, only for McCormack to kick a free to draw the match.

Kilcar go on first half scoring spree  against Glenswilly

With an 11-point first half lead, Conor Cunningham's side pressed home their advantage after the break to take the points against Glenswilly