Donegal delight at victory in U-16 Championship Gold final 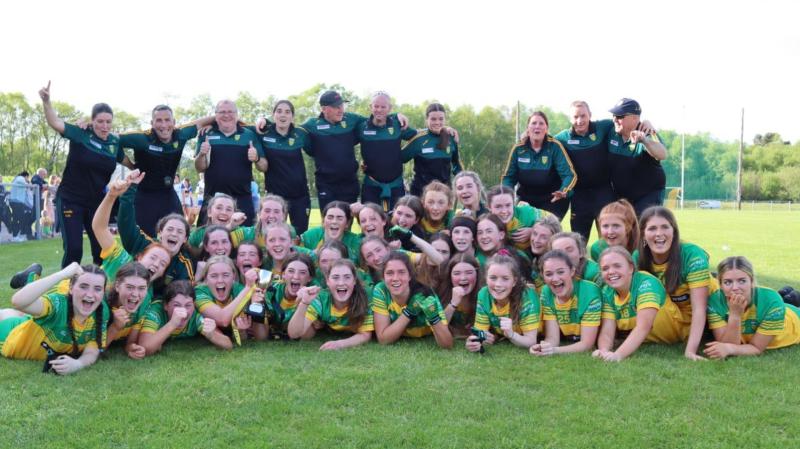 Donegal were victorious in the Ulster U-16 Championship Gold final against Monaghan at Augher St MaCartan’s in Tyrone.

The side managed by Liam Skelly put in a top class showing to overcame a side that had beaten them in the group stage of the competition, thanks to two goals from Ava Walsh from Naomh Padraig Uisce Chaoin, while Mary Anne Ward from Gaoth Dobhair, Kilcar’s Eva Gallagher and Aisling O’Neill from Malin also netted. 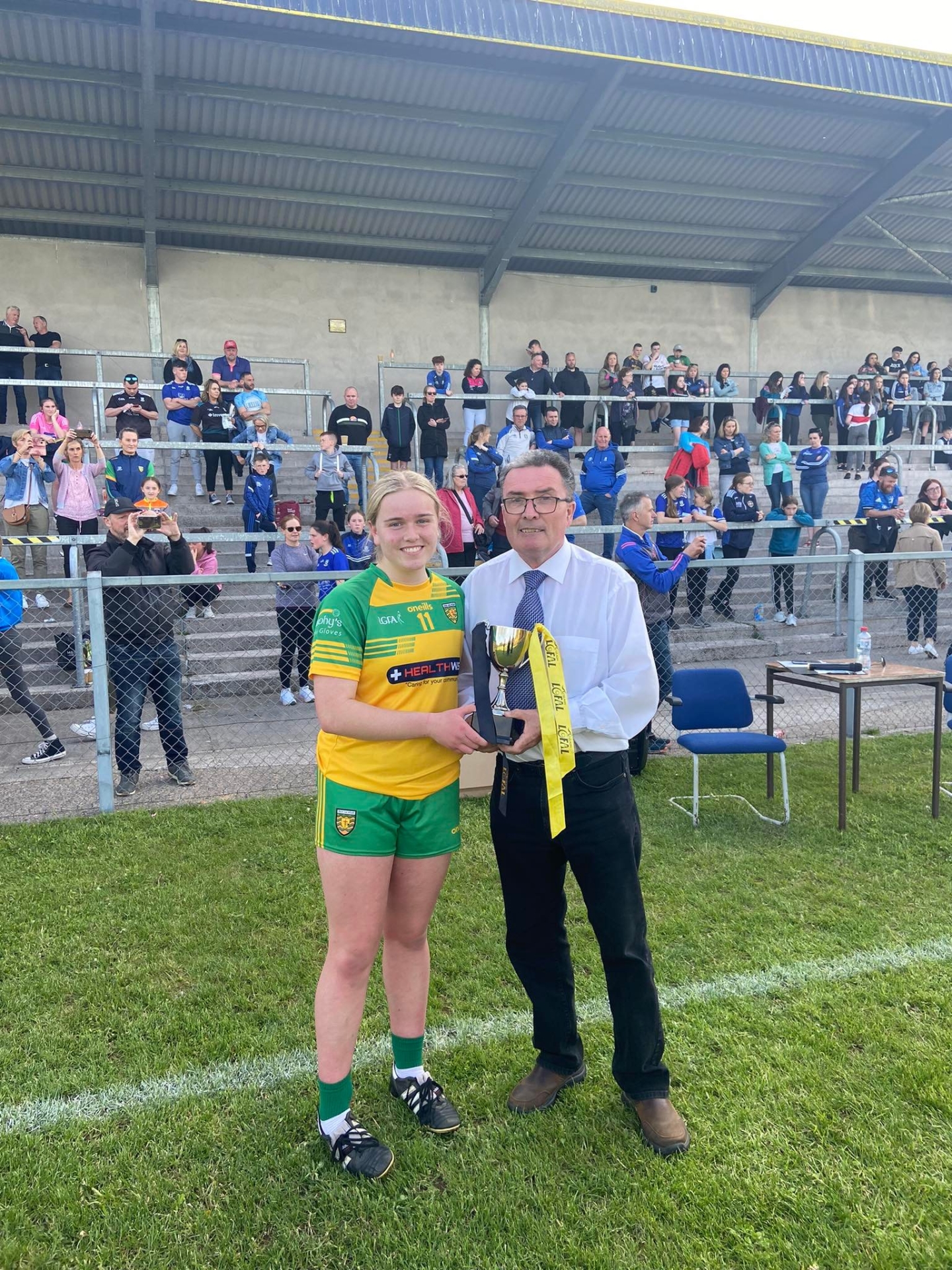 At half-time, Donegal had gone into a four-point lead, at 3-4 to 2-3, with Walsh grabbing 2-1, which were added to by points from Katie Dowds and Eva Gallagher. Ward had scored Donegal’s third goal.

Monaghan put up a real fight of it in the second half and scored some fine points, however, Gallaher and O’Neill added further goals, with Bronagh Butler from Carndonagh playing a captain’s role in scoring three points. Saraf Thomas was also on the scoresheet with a point, as Donegal ran out two-point winners in the end. 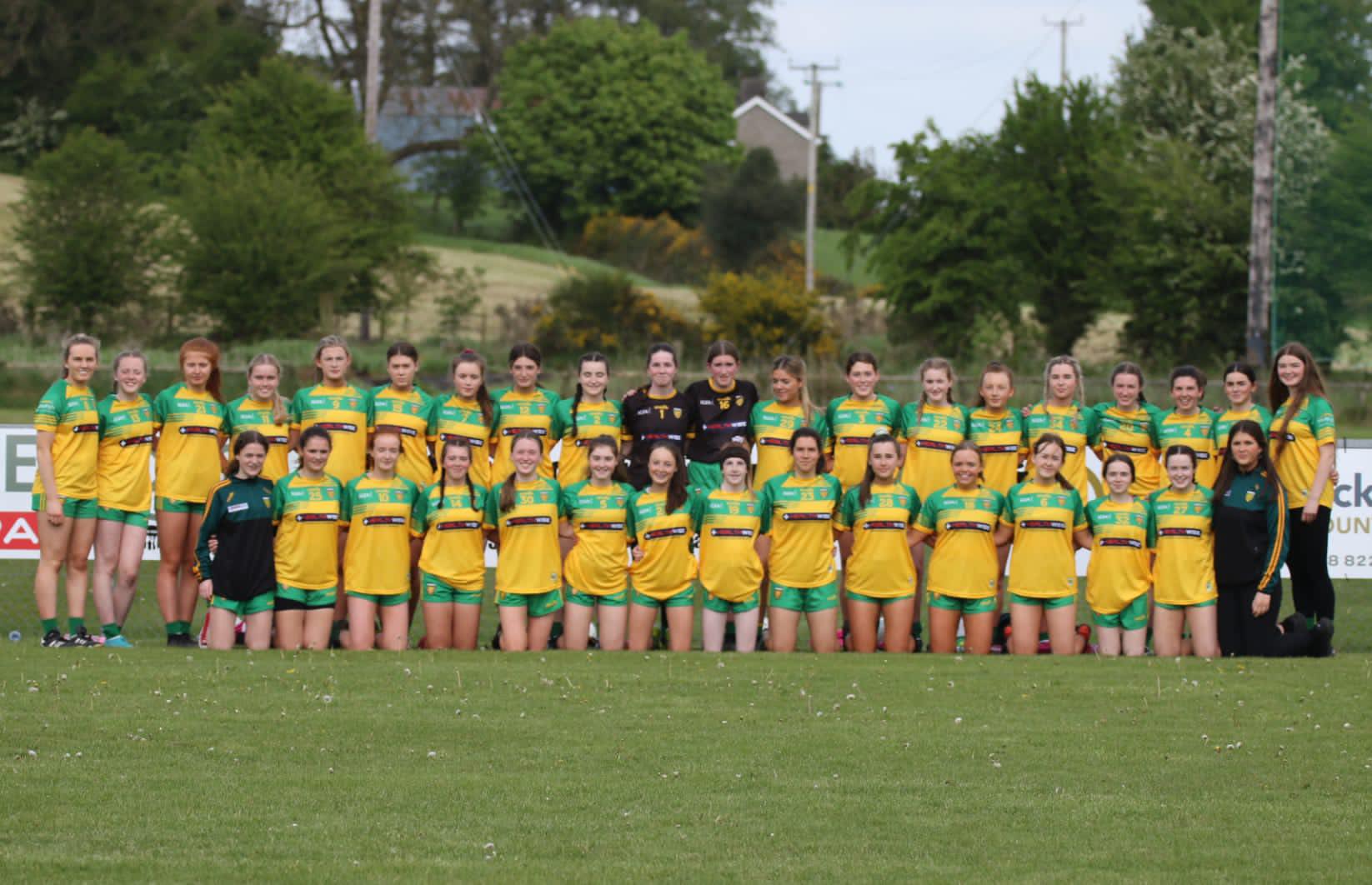