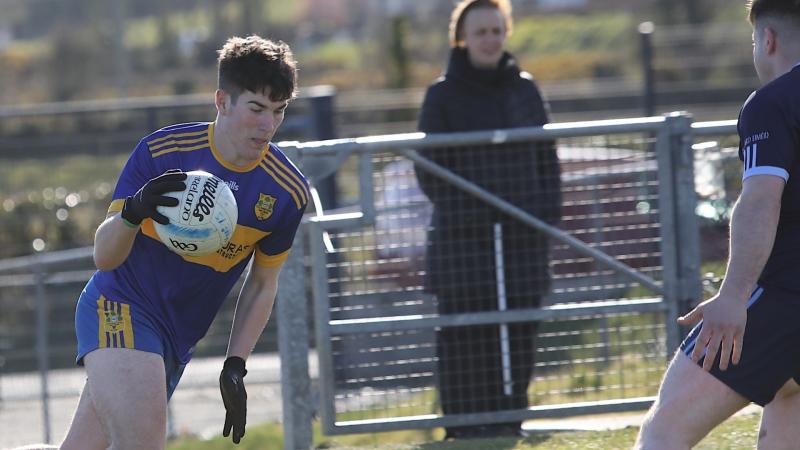 A very one sided affair in Ture saw the home side beat St Eunan’s by 19 points.

Drew McKinney drew first blood for Naomh Padraig with a well worked goal in the second minute. This was followed by points from Kevin Doherty, Darragh McIntyre and Johnny Toye before Joseph McCauley found the net once again for the home team. Thomas Crossan, Denis Devenney and Mark Cannon worked hard for the Eunans team but they found themselves turned over again and again by a solid blue and yellow defence.


Caolan McColgan put the home team further ahead with a point from play before Kevin Doherty and then Jonny Toye punished St Eunans foul play with four points from frees before half time. St Eunans headed for the dressing room with no scores in the first half, 2-8 to 0-0 in arrears.

St Eunan’s started the second half very strongly and got their first score on the board after 3 minutes with a well taken free from Matthew Gallagher. They then held the Muff men scoreless for 10 more minutes before Oisin Burke pointed a free from just inside the 45, followed within a minute by a fine point from play from Joseph McCauley.

Three out of three for the Foylesiders who now have a bye before an away fixture in Pettigo in two weeks.