Farmers not happy with €215,998 salary for IFA Director General 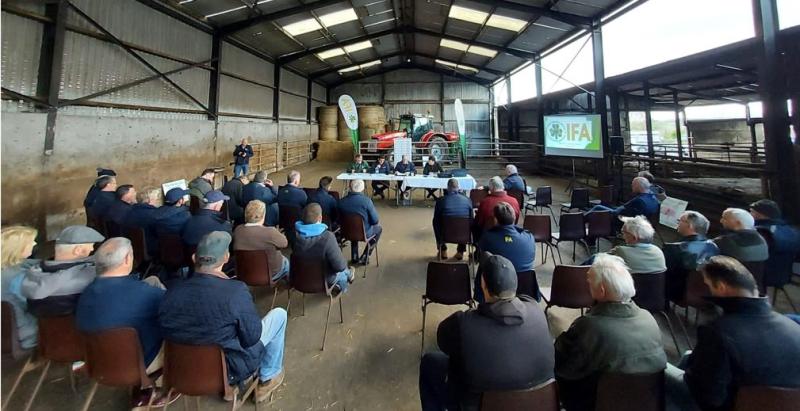 Members of the Irish Farmers’ Association in Donegal have passed two resolutions that will be sent to the IFA’s National Council in relation to the controversial pay hikes for the Director General of the IFA, Damian McDonald, and also to the association’s president and vice-president.

The IFA remuneration committee decided to increase McDonald’s salary, which it said was “in line with the pay scale for the Secretary General of the Department of Agriculture, Food and the Marine.”

However, the big salary has sparked off considerable reaction from many farmers.

Last night the County Donegal Executive of the IFA held a historic first ever monthly meeting on the farm of former county chairman Seamus Quinn in Laghey.

There was a robust debate on the pay issue.

One resolution passed was a motion of no confidence in the remuneration committee while the other called for the whole pay issue for the top positions to be looked at again and re-evaluated.

The April meeting of the county executive saw numerous farmers expressing their opposition to the pay hikes.

And last night’s meeting was no different.

Mr McDonald’s new salary works out at €4,153 a week - and that is before his pension benefits.

Many farmers have questioned the 17% pay hike for Mr McDonald at a time when so many farmers are finding it tough. His pay increase of €600 per week is more than many farmers earn.