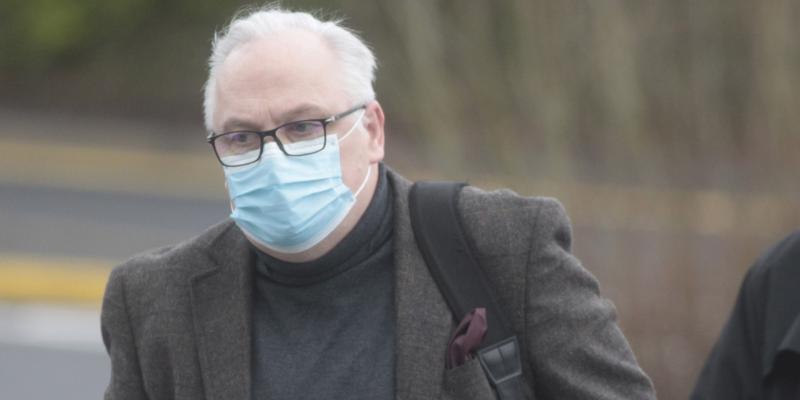 Allegations have been made about Cllr Frank McBrearty's behaviour at a recent council meeting PICTURE: BRIAN MCDAID

Gardaí are seeking to interview a Donegal county councillor “under caution” following incidents which took place at a full meeting of Donegal County Council in the Aura leisure centre in Letterkenny last month.

The incidents took place at the centre's sports' hall on March 28 and led to the adjournment of the council meeting for one week.

In a statement to the Inish Times, gardaí said: “I can confirm gardaí are investigating a public order incident that occurred at a premises in Letterkenny on March 28, 2022 and investigations are ongoing.”

The Inish Times understands three councillors and a Donegal County Council staff member have made statements to gardaí regarding the incidents.

Cllr Terry Crossan said: “I was threatened by Cllr Frank McBrearty (Independent), who then proceeded to threaten another councillor and a senior member of council staff.”

He added: “I am not going to stand by while a councillor abuses other people and if me going to court helps to stamp out all that behaviour, I will quite happily do it, no problem.”

The Inish Times understands Cllr McBrearty has been invited to reply to the allegations “under caution” at Letterkenny garda station.

Cllr McBrearty said there is a “political witch-hunt” against him because of his attempts to expose what he has described as corruption in Donegal County Council.

“Councillors and staff want to stop me from exposing the corruption within Donegal County Council, controlled by the political establishment," he said.

“I will be well able to take it all on in due course, in the right forum, whatever forum they want to take me to. I have been here before. I have exposed the biggest corruption in Donegal history and I am going to expose more of it and nobody is going to stop me from exposing political corruption.”