Donegal have suffered recurring heartbreak against Dublin in recent seasons, but today had their plans laid out to perfection to win the All-Ireland quarter-final convincingly 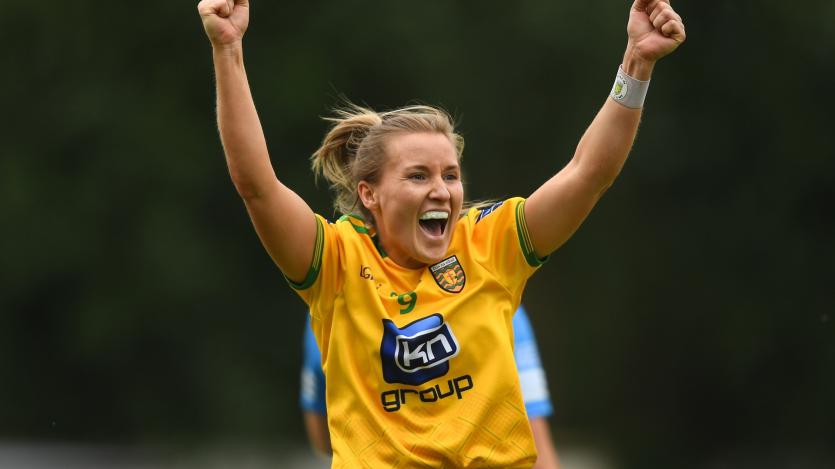 With Donegal having been beaten by Dublin in each of their last two TG4 Ladies Senior Championships, there was a feeling that perhaps it might've been a case of third time lucky.

In 2020, following a freakish loss to Dublin at Breffni Park, Niamh McLaughlin admits she couldn’t bring herself to watch the recording back. Dublin’s Sinead Aherne curled a right-footed strike towards the posts but the ball struck the upright and somehow spun past Denise McElhinney for one of the most unusual goals you’re likely to see. McLaughlin, eventually, had a peek.

Last year in Carrick-on-Shannon, Donegal started well and were 1-2 to 0-0 in front before Dublin reeled them in, in a painful type of death by a thousand cuts type of way. McLaughlin, the captain, stood with her hands on her hips wondering what her side had to do following a 2-12 to 207 loss.

Today though, it wasn't a case of third time lucky, as Donegal turned in one of its greatest showings to completely outfox Dublin and win 3-7 to 1-7 and seal only a second ever All-Ireland semi-final spot, having also made the last four in 2018.

"We know Dublin well and we’ve come across them this last couple of years at the same stage here," McLaughlin said afterwards. We got the tactics spot on, we stuck to the plan and we played for the 60 minutes. That was the main thing. We’ve a habit of letting other teams have their spell and we didn’t really let that happen today.